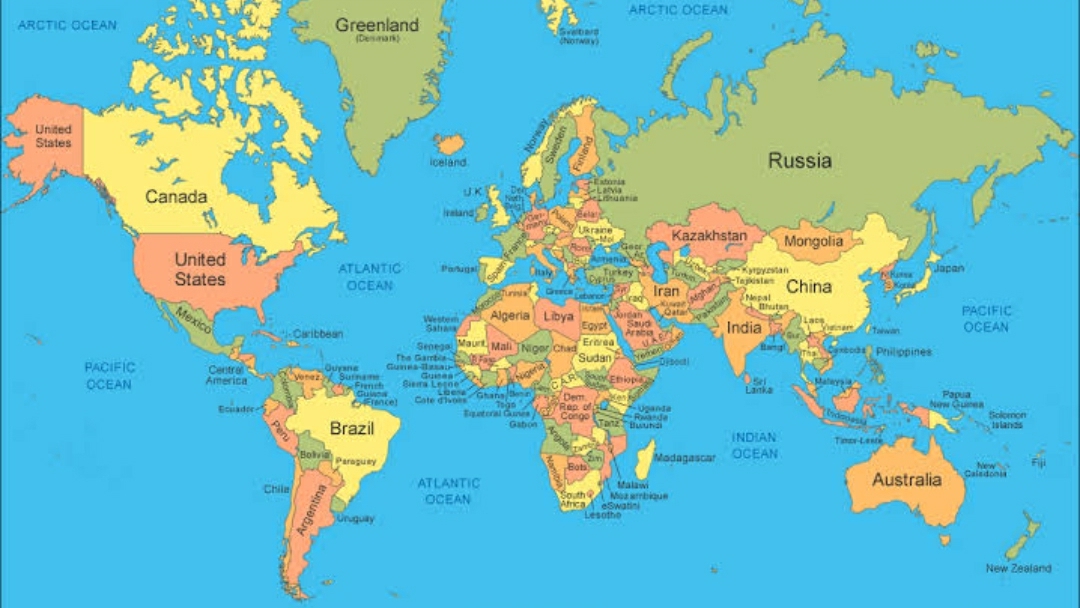 The Seven Wonders of the Ancient World is a commonly known list of seven (7) remarkable construction of classical antiquity. The list was compiled compiled by ancient Greek historians and is thus confined to the Magnificent structures-known to the ancient Greek word the number seven for it was chosen, because the Greeks believed it to be magical

THE GREAT PYRAMID OF GIZA 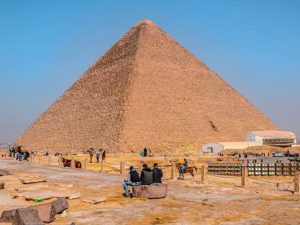 The great pyramid of Giza are the oldest and most famous of the seven wonders of the world. The largest pyramid is 756 feet long on each side, 450 high and is composed of 2.5million blocks of stones blocks that weight from 2tons some have suggested that the pyramid was never meant as a tomb but as an astronomical observatory. Many believe in the theory that the great piratical was the largest of a tradition of tombs used for the pharaohs of Egypt.
Year of creation: approximately 2500BC
Location: Egypt
Fate: exist till date 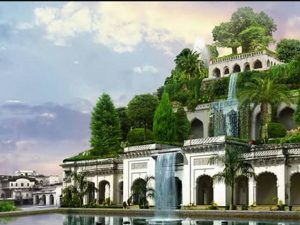 The hanging garden of Babylon (which is known as Iraq today) rises on terraces some 400 feet above the level of the plain. These hanging gardens were built by Nedbuchadnezzar the second (II), to console his queen, Amyities who missed the mountains trees and flowers of her native media.
Year of creation: 600BC
Location: Babylon (Iraq)
Fate: Destroyed by earthquake

THE TEMPLE OF ARTEMIS OF EPHESUS 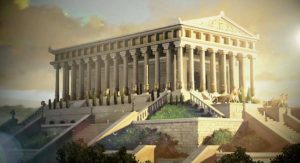 The temple of Diana of Ephesus located in present-day as Turkey measured 300 by 150 feet, with contours at 60 feet high. This great Greek temple was dedicated to the goddess called Diana Artemis by Croesus, king of Lydia. Nothing remains of the original temple today.
Year of creation: 550 BC
Location: Artemis (Turkey)
Fate: Destroyed by fire 350BC

THE STATUE OF ZEUS AT OLYMPIA 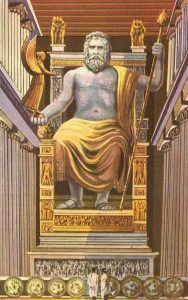 The statue of Zeus, though small in relation to some of the other wonders of the ancient world this statue of Zeus sculpted by the Greek Phidias about 430BC won fame because of its beauty.
Zeus was called from ivory covered with gold plating and was seated on a magnificent throne of cedar wood, inlaid with ivory, gold, ebony and precious stones. The seated statue occupied the whole width of aisle of the temple that was built to house standing 40 feet (12metres) tall. 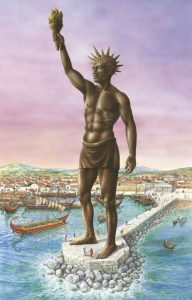 The colossus of Rhodes was a giant status of the Greek sun God Helios, erected on the Greek Island of Rhoade by charus of Lindos between 292 BC and 280 BC
Year of creation: 6292-280 BC
Location: Hellen
Fate: Destroyed by earthquake 224 B.C 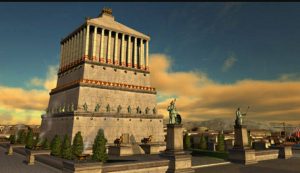 The mausoleum was built by wife of carian ruler mausolus in 353 BC presently known as Bodrum, Turkey. This tomb was approximately 45-metres (135feet) in height and adorned with friezes and several statues some of the sculptures survived and are today on display at the British museum in London. These include fragment of statues and many slabs at the frieze showing the battle between Greeks and Amazons
Year of creation: 351 BC
Location: Harlicar nassus (Bodrum, Turkey)
Fate: Destroyed by earthquake 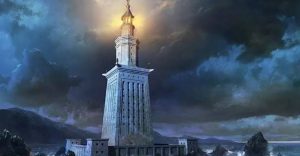 The pharos of Alexandria was a light house build in 279 BC on the island of pharos in Alexandria. Egypt by sostratus of cridus for Ptolemy the second (II) to serve as that ports lands marks and later a light house.
The light house was over 400 feet light. It ceased operating and was largely destroyed as a result of two earthquake in the 14th centre AD.
The remain of this imposing structure could still be seen in 1480. When the sultan of Egypt Qa’it Bay constructed a medi eval for fort on the exact site of the light house utilizing some of the fallen stones.
Year of creation: 280 BC
Location: Hellen
Fate: Destroyed by earthquake