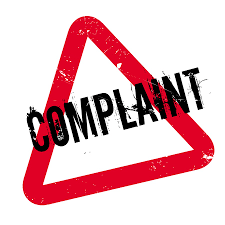 And humans do not like to stress. We all of course want to enjoy the perks that come with working hard and smart, but are we ready to actually work hard?

Indiscipline too has been a friend to many from time immemorial. Knowing what to do and when to do it but somehow still refusing to do it.

Some will plan to do it later. This is called procrastination; but do they actually do it? Some do and others do not. But in some cases, doing it ‘later’ may be too late.

We think we’d learnt a lesson and promise ourselves never to go down that path of procrastination again, but before we know it, we’re walking down the aisle, hand in hand with procrastination, as it has now become an inseparable part of us.

Laziness too is there. Knowing what to do, doing it but not putting the effort required to achieve a tangible, desired result.

Some people fear that if they put in so much effort and don’t get the required result, it would just have been a waste of time and energy.

So let me just lazy around it and get whatever I can squeeze out of it’, they decide. It works for us sometimes; but imagine how much more you could achieve when you actually put in your best. Wow!

What about excuses? Lol. This is our ride or die. We either freely give excuses or work on something, which may seem like ‘death’ to some of us.

It is way easier and sweet to give excuses and if whoever is listening to the excuse(s) doesn’t understand the ‘genuine’ reasons we’re listing, then that person lacks human sympathy! So it’s either we give excuses or die. But is it actual death?

Is getting out of your comfort zone to experience growth death? Even if it is, you’d resurrect in an even better form; just like the plants around us. Their seeds die in the soil and resurrect to be better, beautiful flowers, trees and fruits.

So that too is possible with humans. Not literal death of course. Lol. I mean, the discomfort you feel when you leave your comfort zone, even for a moment, just to work on a set goal.

One step at a time. Don’t overburden yourself. It’s done gradually. Set simple, practical steps you could work with to achieve a goal.

Even if you don’t have a particular goal on your mind now, you could plan your way out of laziness, wallowing in excuses and procrastination.

So when those goals start to come, you’d already be fully prepared to tick them off your to-do-list, because this time, nothing is stopping you. At least nothing within your power.

And if it’s not even within your power, don’t forget to talk to the Big Man up there.