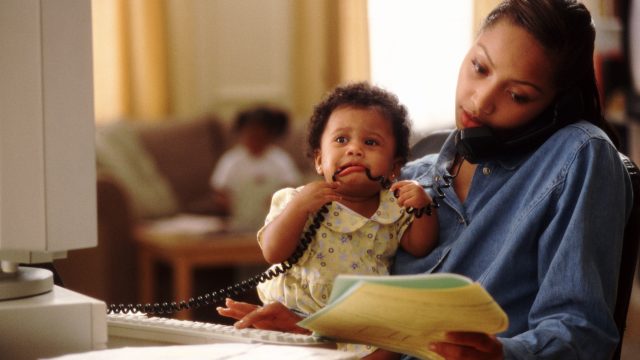 A home simply put is a unit of related people, and the parents are the head of that unit. Parenthood has a lot to do with mentoring the next biological generation while two adults are required to come together to bring up the offspring either due to natural or social forces, situations sometimes arise where the mother is left with what should be the responsibility of the two.

A single mother must attempt to represent two adults with natural different roles motherhood and fatherhood, this requires possessing two minds in one body.

Thinking like the other half can be a daunting task and one usually finds herself in the predicament of choosing to be herself in the situation of tackling it from the point of view of the absent partner.

Mother trying to be a father and the problem arise when she realizes she can only play one part at a time and not two together. In short, which ever role she chooses at any moment, the other would be left undone unfortunately, due to the love of her child or child(ren) and the nocturnal need to shield them from the emptiness created by absents of the father, many single mothers beat themselves out trying to be father instead of being a mother. The realization that despite efforts, she cannot fill the gap of the father often makes a struggling single mother despondent.

There’s also the pressure faced by child(ren) of a single mother. In addition to regular feelings of rejection from the absentee (father) these child(ren) also, often have to cope with the social stigma of being raised without the father and may consider themselves not properly cared for because the father is exempted from their day to day upbringing.

When the child(ren) begin to react to societal pressures about the situation in their homes it becomes the duty of the mother to build confidence in the children faced with questioned from the children and society. The single mother often finds a lot of explanation to do and this could be frustrating top say the least.

While not understanding emotional wear and tear of a single mothers, there’s Financial challenges in the part of the world, where there’s no legally enforced child support is enormous. The single mothers is faced with neck breaking bills. There are the ever increasing of school fees, food costs, accommodation, taxes and other sundry expenses. Often income depending on the size of the family is hardly enough.

As a single mothers the roses have very reals thorns.

DO YOU KNOW IT’S IMPOSSIBLE TO PLEASE A WOMAN? (TALKZONE)