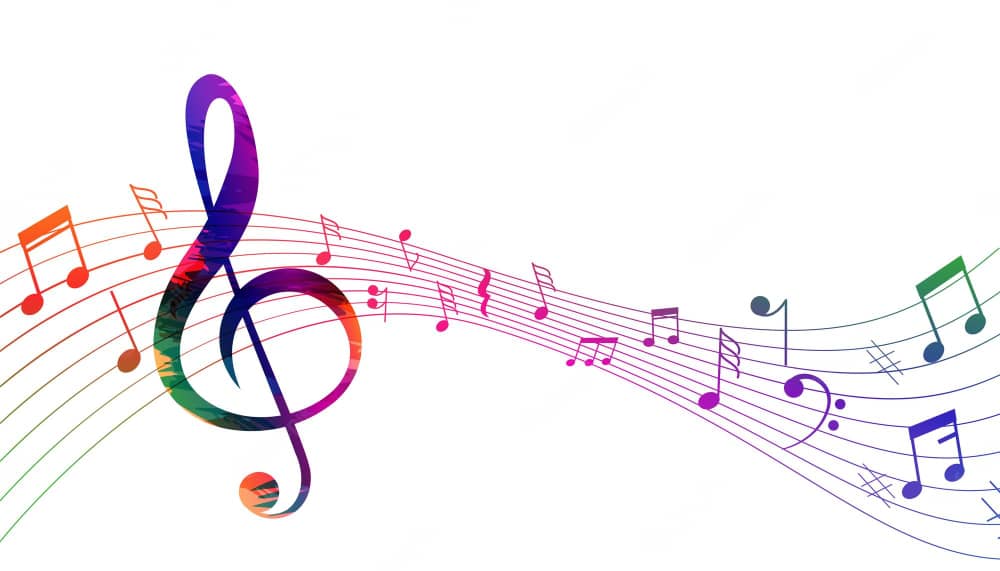 In the previous article, we looked briefly at the definition of music, music notation and the staff. But just Incase you missed it, do search this website for “NOTATIONAL MUSIC (part one) | DEFINITION OF MUSIC”, as you might not comprehend this part without reading the first one.

THE CLEF
“CLEF” originates from an archaic french word “clé” which means “key”.
It is a symbol that is placed vertically at the left side of a staff to indicate the pitch of written notes.
A clef sign is usually placed on one line (this determines the names of other lines in the staff) it then indicates the name and pitch of the notes, as well as the instrument and voice type that the staff is meant for.
Note that all clef signs in music and the voices and instruments they should be used for depends on the line on which the clef is placed.
In Music, notes are identified using 7 letters, A – G. When the G clef for example, is placed on a staff, the next space becomes A, next line becomes B, and so forth.
There are several clefs used in music, but modern music is mostly centered on three:
1. The G-clef
2. The C-clefs
3. The F-clefs

THE G-CLEFs
The only clef sign under this that is still in use to this day is the TREBLE CLEF with note G4, for this reason, many regard ‘G-clef’ and ‘Treble-clef’ as synonymous terms.
It is the most common and widely used clef sign, placed on the second line of a staff (counting from bottom to top), for soprano, mezzo-soprano, Alto, contralto and tenor voices.
Any staff containing the G clef symbol is called a Treble Staff.
Some instruments that use this clef are the violin, oboe, flute, bagpipe, all clarinets, all saxophones, horn, trumpet, cornet, vibraphone, xylophone, mandolin, recorder, and the guitar, which sounds an octave lower than it is written.
The G clef is always the first learnt generally by anyone studying music, as well as the first in any music piece while others follow subsequently.
Below is a named treble staff:

Lines – E G B D F
Spaces – F A C E
You can devise meanings for each alphabet to aid retention, for example, ‘Every Good Boy Deserves Favor’ – E G B D F.
Notice that the curl of the clef rests on line ‘G’.

THE F-CLEFS
There are three major F-clefs:
1. The Bass Clef (pronounced as bayss or /beis/)
2. The Baritone
3. The Subbass

When the F-clef is placed on the fourth line (of a staff), it is called a bass clef.
Like the treble clef, bass clef is the only F-clef still in use today and is used interchangeably with ‘F-clef’.
It is used for instruments like Cello, double bass, bass guitar, bassoon and voices like bass and baritone. Tenor voice is often notated in bass clef when both tenor and bass are written on the same stave. Bass clef is the bottom clef in the grand stave for harp instruments (guitar, violin, cello, etc) and keyboard instruments (Piano, Organ, etc).

Please watch out for other continuations of NOTATIONAL MUSIC.

THE 7 WONDERS OF THE ANCIENT WORLD