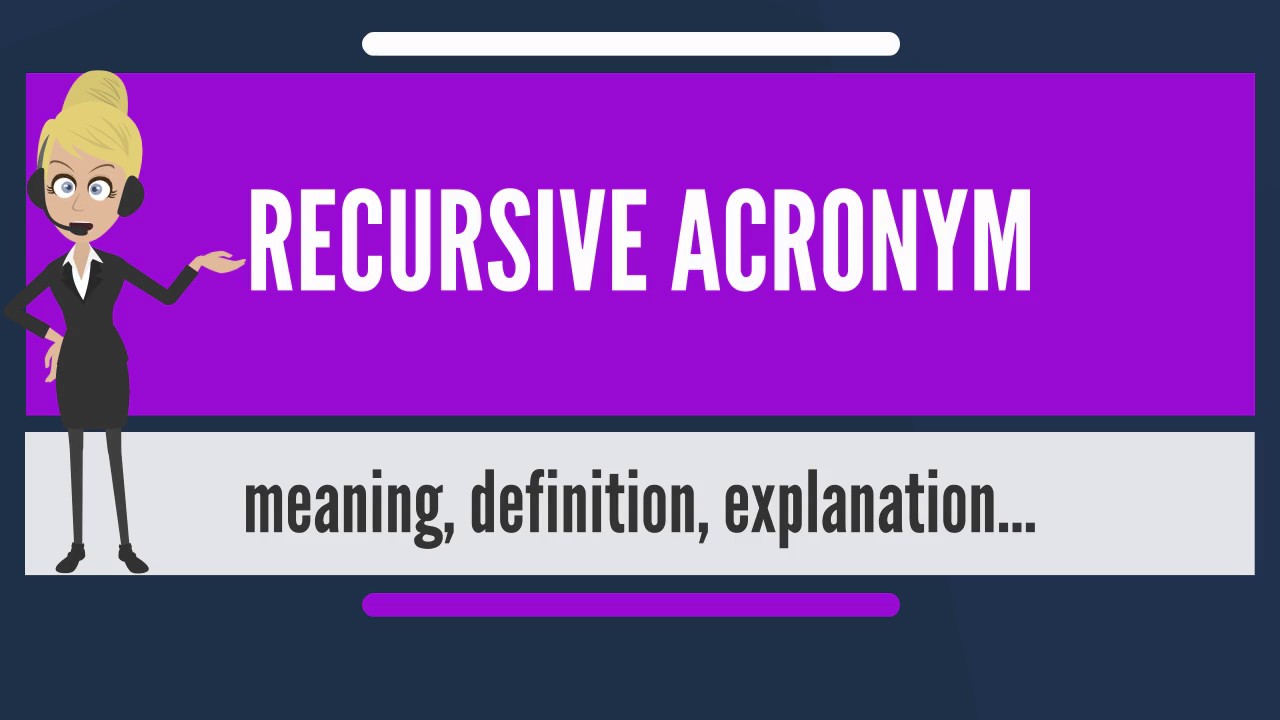 For something to be recursive, it means the rule or procedure is repeated.

The word comes from the Latin word “recurred” which means
return to”.
It became famous around 1934 when it was used in mathematics, the application of
the word became famous in geometry when fractals and images when broken down are created by exact copies of the
whole making it a continuous process.

The term was first used by Douglas Hofstadter in his book “Godel, Escher, Bach: An eternal Golden Braid”- In his book,
he invented the acronym GOD, which means “GOD over Djinn” to help explain infinite series.
They are mostly used in some software projects for humorous effects.
This arguably started with Richard Stallman’s GNU project.
GNU stands for “GNU’s Not Unix” which means that GNU has no code dating to the original Bell lab’s Unix.

While Stallman popularized the use of recursive acronyms in the free and open-
source software communities for humorous effect, the practice was already established in the MIT artificial
intelligence lab of which Stallman was a part in the 1970s and early 1980s.
Two LISP machine text editors were named EINE (EINE is not Emacs) and ZWEI (ZWEI
was not EINE initially) with ZWEI being the German word for two and EINE could
be reinterpreted as being a reference to the German word for one.

Many recursive acronyms have made their way into the tech world today, the most popular are:

The selection of WINE is not an emulator as the name of the wine project was the
result of a naming discussion in 1995 and it was credited to David Niemi.

These are some of the famous recursive acronyms in tech today, we hope this was enlightening.