Housemates gave an interesting take on their type of non-stop fun for the Munch it Task.

The Housemates were split into four teams – Team Crunch, Team Munch, Team Tasty and Team Irresistible. One by one they picked one name card from the box.

The Task was divided in two parts, part one – where Housemates showcased their vocabulary skills by building words with available cards and part two with an all-you-can-eat bowl of 20 Munch it snacks. The Teams that won either of the two Challenges stood to earn 10 bonus points from each part of the Challenge.

Team Munch gave an impressive showcase of their vocabulary and leading this part of the Task with most words. This meant Boma, Yousef, Saga, Angel and Queen won the first 10 bonus points. Good vocabulary comes in handy in these times.

Team Enticing took the lead with the most consumed Munch it snacks in the 20 pack Challenge. This team comprised of Cross, Tega, Emmanuel, Saskay and Jaypaul. Their ferocious appetite had them earning 10 bonus points. If we learnt anything lately it’s that they came prepared for this part of the Task #FoodWoes.

For the final part of their Task, Housemates gave their interpretation of non-stop fun from a Games night, Movie’s night, Football and a Music and Dance. Each team received a customized kit. Inside this kit, were notes, materials and props to be used in executing the Task.

Housemates took turns showcasing their talent and in closing the Task Biggie announced the winners.

Team Crunch gave an impressive performance with their exciting take on a football finals game of the season. The performance earned them the winning points from the Task. Congratulations to Whitemoney, Peace, Michael, JMK and Maria won a whopping One Million naira to be shared among the Housemates team members and a one-year supply of Munch It snacks.

For the rest of the Housemates their teams walked away with five hundred thousand naira each and one year supply of munch it snacks. 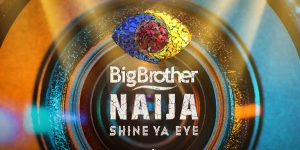