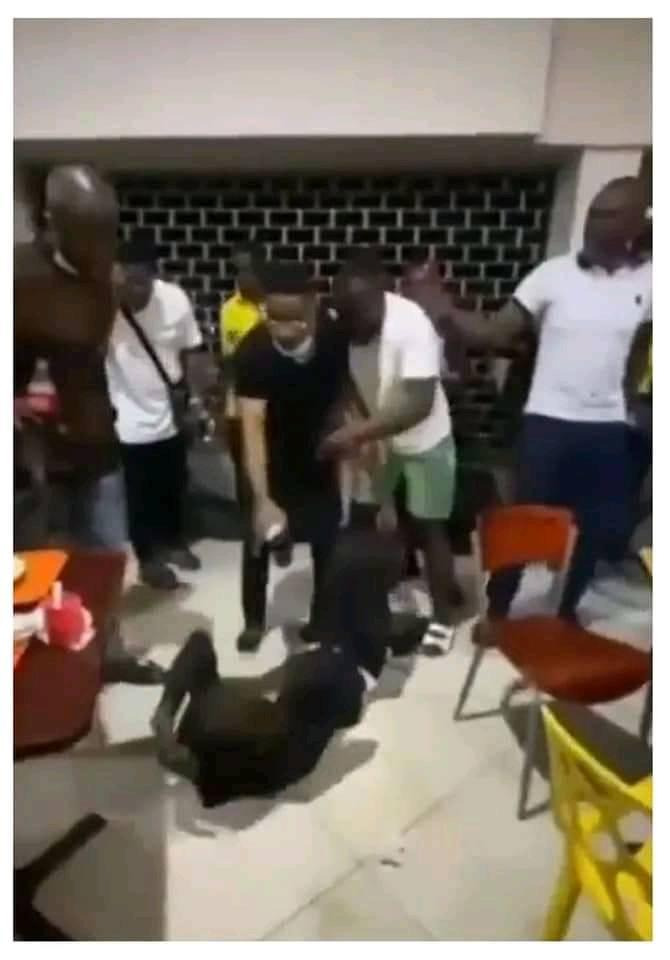 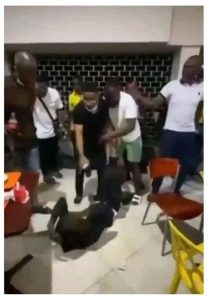 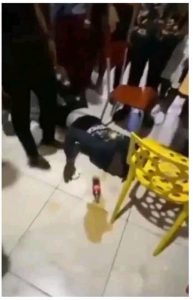 A video that’s gone viral on social media captures the moment a man began started vomiting profusely after he was forced to consume a beverage.

According to reports surrounding the video, it’s alleged that the said young man had poisoned his friend’s drink when his friend stepped out to urinate.

He was eventually caught doing the deadly deed and confronted thereafter… He was forced to consume the poisoned drink, which left him in a severe state.

A Twitter user, DayoChino who gave details about the incident wrote on the platform,

“Wickedness. So these guys went on a normal outing. The moment his friend went to pee, he immediately poisoned his friend’s drink. Thank God people around noticed it. That’s how they gathered up and forced him to take the drink he poisoned”.

Try to be careful oo, no be everybody love you.