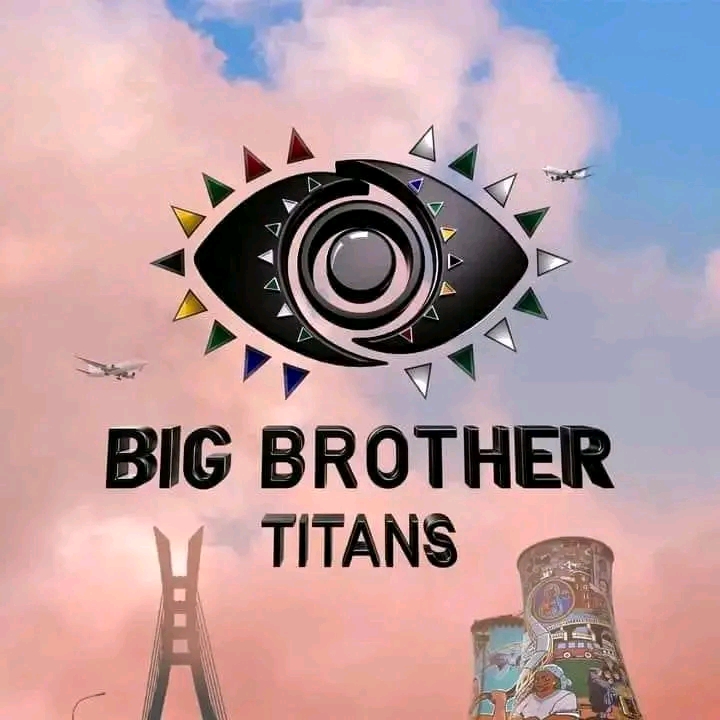 The Big Brother Titans (BBTitans) reality TV show is the first of its kind featuring housemates from two countries; South Africa and Nigeria. 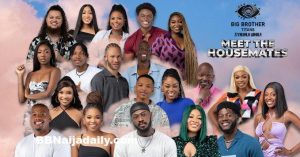 The season 1 show featured housemates who will be living in an enclosed house away from the contact with the world for a duration of 90 days. In the period of their stay in the Big Brother house, viewers/fans will have the privilege of degerming who stays and who is leave.

At the end of the show a winner will be crowned through popularity votes by viewers/fans.

The stage is finally set and here are your housemates. 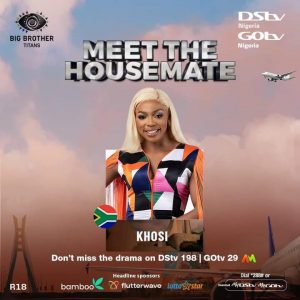 Khosi (25 years) is from KwaZulu-Natal South Africa.
She is a journalist. 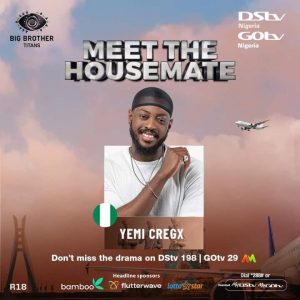 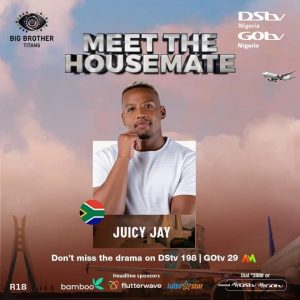 Juicy Jay (24 years) is from Eastern Cape in South Africa.
He is a semi-pro rugby player Charismatic and energetic, Juicy Jay loves to mingle and party. 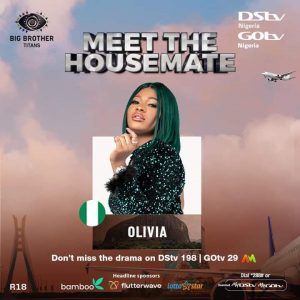 Olivia (22 years) she’s originally from Imo State, Nigeria.
Aspiring actor Olivia is glam girl with a little bit of a wild side. 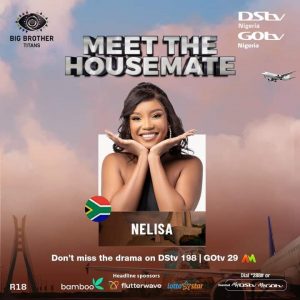 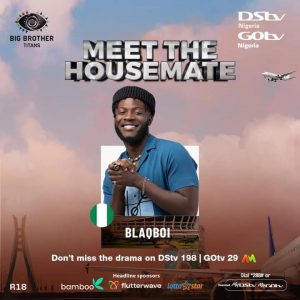 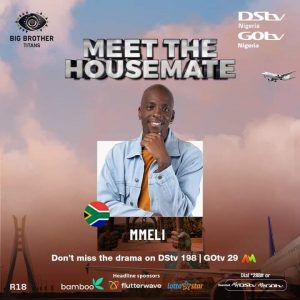 Mmeli (24 years) is from Hillbrow, Johannesburg, South. Africa.
He is a content creator, model Bred in the Brow. 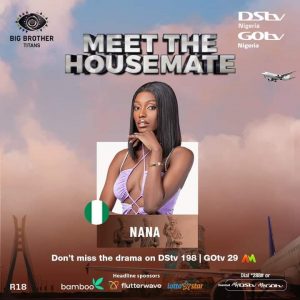 Nana (22 years) she’s from Kaduna State, Nigeria.
She is an entrepreneur 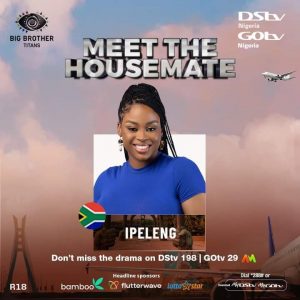 Ipeleng (24 years) she’s from Gauteng province, South Africa. She is a law Student.
Ipeleng has both a great sense of humour but also a shy side. 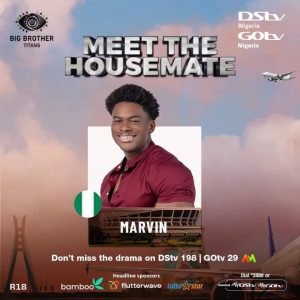 Marvin is originally from Port Harcourt in Nigeria, now lives in Texas, USA.
He is a chemical engineer/model. 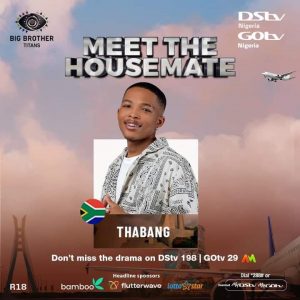 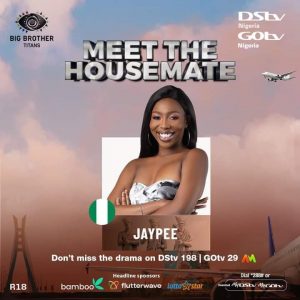 Jaypee (26 years) she’s from Lagos, Lagos State, Nigeria.
She is a nurse, a model 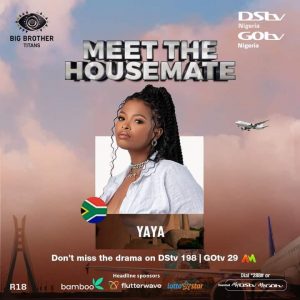 Yaya (30 years) originally from the Eastern Cape, South Africa.
Plus size model Yaya is talkative and has a big, bold personality.
She is quietly confident and matured and is not afraid to be vulnerable. 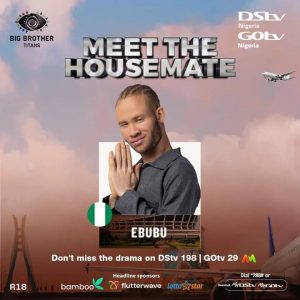 Ebubu (28 years) is originally from Anambra State in Nigeria
He’s an Actor, a model with his dynamic personality and street smarts, 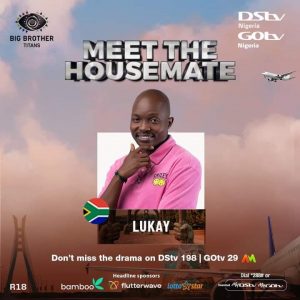 Lukay (31 years) is from KwaZulu-Natal, South Africa.
He works as a sales executive. 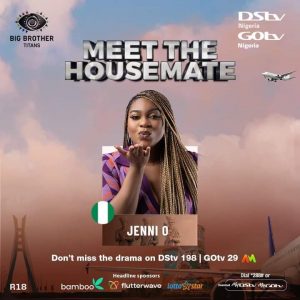 Jenni O (24 years) was born in Imo State, Nigeria, but resides now in the USA.
She is a health and safety specialist Spontaneous and spicy 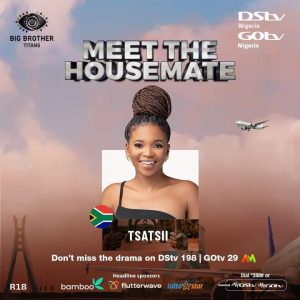 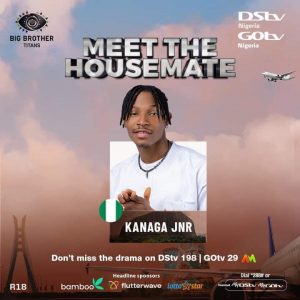 Kanaga Jnr (23 years) is from Abia State in Nigeria,
He is a model, aspiring actor. 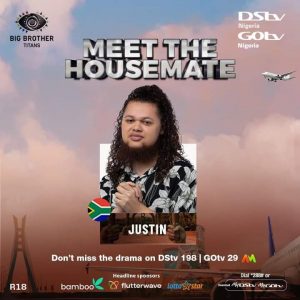 Justin (21 years) he’s from East London, South Africa.
He is a photographer Easy-going Justin is generally fun and engaging. 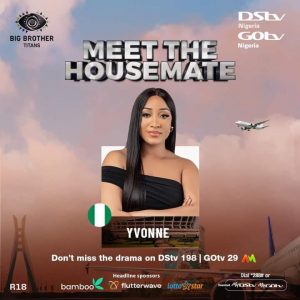 Yvonne (28 years) she’s originally from Akwa Ibom State, Nigeria.
A Model, content creator Yvonne was made for the soft life and is used to getting what she wants.
However, this pastor’s kid is also resilient and bold

Big Brother Titans has on Sunday 15 January, 2023. You can watch from 19:00 WAT on Africa Magic Showcase, Mzansi Magic, Africa Magic Urban, and Africa Magic Family channels. It will also air on the 24-hour channels 198, 161 on DStv and 29 on GOtv. Fans across Africa will also be able to stream via African online streaming service, Showmax.