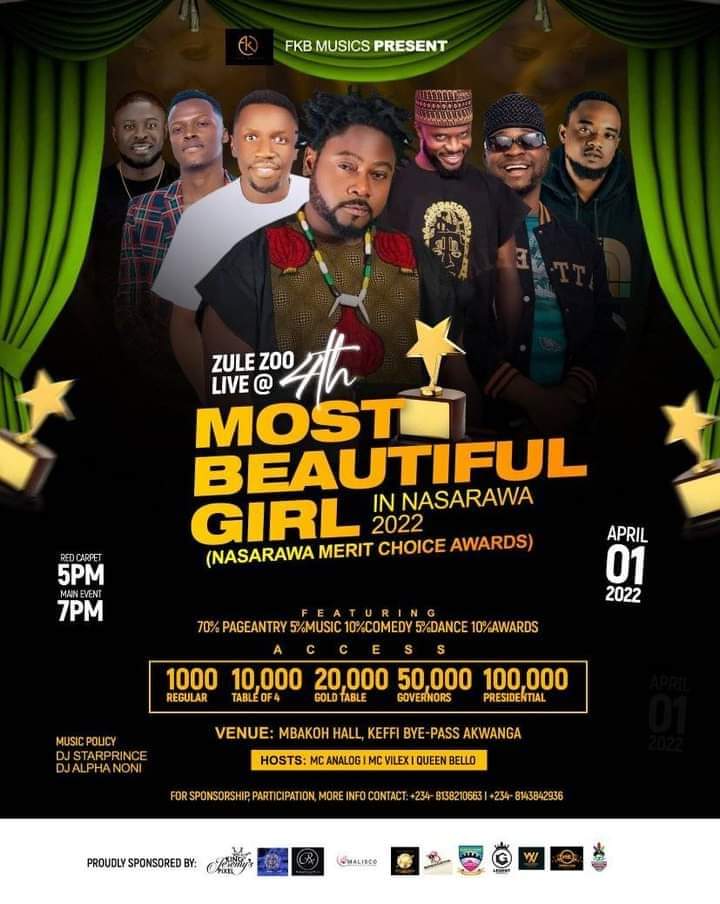 A few days ago, Djalpha Noni made a post about the need to have a credible award body in the state to reward excellence in entertainment. A valid point I must say as this would spur all the entertainers within the state to work hard and get the recognition their hard work deserves. I believe we all would agree that there are numerous good entertainers in the state and it would promote the quality of entertainment in the state if there’s an award at stake. In the comment section, someone made mention of this event and how “mind-blowing” it is. I waited with keen interest to see how this said award ceremony/ beauty pageant pans out.

As the name implies, it’s a “Merit” award which means it is going to be given out to people who have earned it. Personally, I believe it failed in the aspect of giving us a clear description as to how and why these awards are given out and how the recipients of these awards have “merited” these awards.

My brother Shekx Gimba won the award for the “Most workaholic artiste of the year”.

How do you measure a workaholic artiste? I really do not know what the organisers had in mind but I believe an award like that would not be viewed with credibility anywhere.

It’s a Merit award and as such I feel it should be given to those who deserve it.

I see no clear way of measuring how workaholic an artiste is unless maybe you feel because it is a said artiste, you want to “reward” because of how popular he has become over the year under review. I believe it is just a popularity award.

Furthermore, the organizers of this said event are known as “FKB Music”. 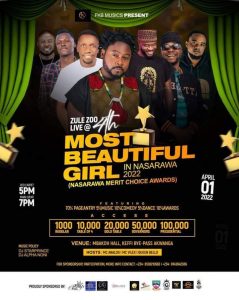 This name would give anyone who sees the posters the idea that these event planners are out to give award to entertainers and not to those who fund entertainment. It will make you feel that there would be “meaningful” categories to award entertainers (musicians, producers, DJs and comedians) and it would be highly competitive

Everywhere around the world in almost all (if not all) the merit awards like the headies, Grammy and the Oscars, the categories are distinctly divided and highly competitive.

These categories are publicised with different songs or people nominated and voted for or the organizers set up a panel/committee to actually screen these nominees and come up with who they think deserves what.

At the end of these awards, those who emerge winners would go home feeling proud as it was competitive and they came out tops and it would ginger the not so successful nominees to go back to the drawing board and eventually win these coveted awards. Cherry won the award for “best artiste of the year(female) (which I feel is deserved) but competes against nobody. It’s just like going to collect something from someone who has promised to give you something and nobody else.

If there was a nomination process where she gets to compete against the likes of Tima Giwa , LizzJay, et al and she wins, don’t you think it’s going to be harder for her to win next year even if she has had better PR than these two? She knows she was against heavy weights and if she wants the award again, she has to continue upping her game

In addition, these awards sound ambiguous to me and I don’t feel there should be such awards in existence I.e

” Academic and Social Consultant of the year”

“Most loveable politician of the year”

“CEO of the year”

“Most influential Youth personality of the year”

Congratulations to all the winners, but were these awards necessary?

If we want to be honest, what do these aformentioned awards actually mean? What and what were considered before giving out this award? What is the relationship between these awards and the entertainment industry?

Another one is giving someone the award of “legendary DJ of the year”. In as much as I understand granting someone legend status does not necessarily need nomination and it was given to someone who has stayed long and has performed continually at the highest level, does it mean legendary DJ would be given out each year and Lomphrey Philip can still come back and declared a legend again?

How about calling that a “Lifetime achievers award” or something close. Awarding two people legendary status in one night is not unheard of but they are always the same category

Another one is “entertainer of the year”. As in how? You have best DJ, best this, best that, are they not all entertainers that a different award had to be given to someone else as best entertainer? What were the things considered? What is the award description? Or is it like FIFA?

I understand Nasarawa State is still a baby when it comes to entertainment, but don’t we all think as a baby who is growing, you’re supposed to be emulating your already established adults?

I am not in any way witch hunting the organizers but I am imploring them to do better. Wouldn’t it be better if everyone is carried along and these awards become coveted over time and they start to really depict merit rather than popularity? Wouldn’t it be better if more meaningful categories are introduced and these awards become more competitive and revered?

TAGS:EntertainmentFKBNASARAWANASARAWA MERIT CHOICE AWARDSREAD
Up Next