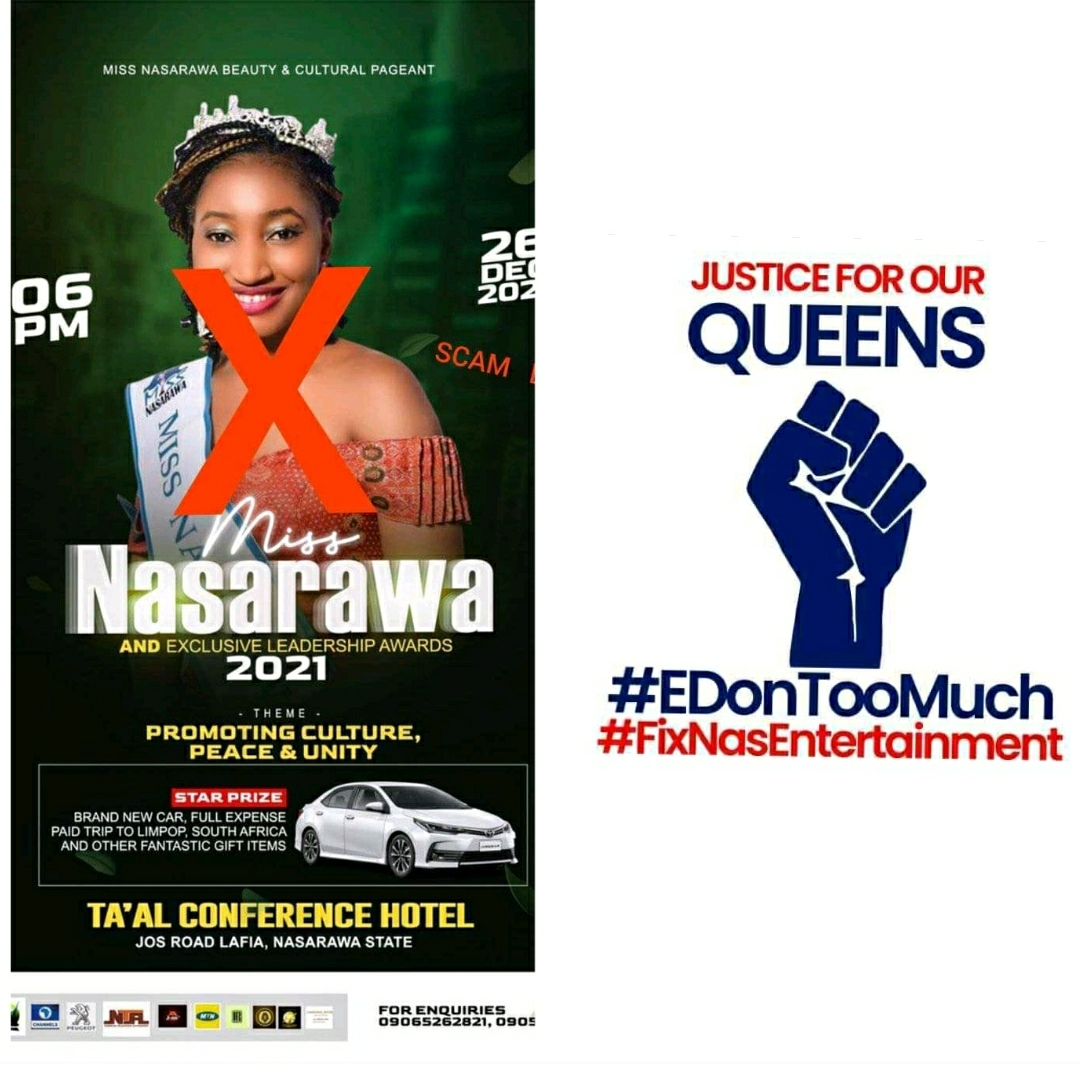 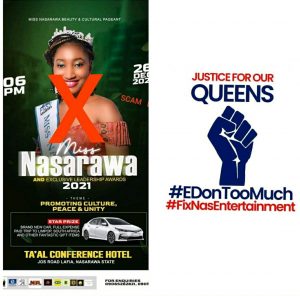 Read their piece of merchandise written by Godwin Zaki as their representative.

The Miss Nasarawa is a pageantry event that was organized by the Tomorrow’s Youth Ambassador (TYA) Founded and headed by Mr. Precious Bashayi.

The names of the contestants are:

The form was purchased for ₦5,000 by each contestant and a camp fee of ₦15,000 was paid by those who made it to the camp.

Prizes to winners as originally announced by the organizers are as follows:

The Tickets were in these categories:

Criteria for winning are:

On the night of the event an official of the Miss Nassarawa pageant told the contestants that the winner will emerge based on the amount realized from sales of tickets by them. i.e. the one with the highest amount will be the winner and it eventually turns out to be so and all other criteria for winning were redundant.

This is the result of the contest as announced by the organizers with attached tickets sales base on our findings:

1. The announced winner of the Miss Nasarawa was Faith Nelly Abimiku with ticket sales of ₦106,000

Even with the changes on winning criteria which is highly unethical and unprofessional, three months after the event, the contestants were not reached out on any update nor were the winners offered the tagged prizes let alone promises that were later made by the organisers and other dignitaries.

This was an event that was supported by the state government in different capacities, during the camp the contestants were taken to various government offices soliciting support raging from the office of the Deputy governor’s office, the First lady’s office to the Ministry of information, culture, and tourism and Ministry of works.

Mr. Precious Bashayi and the management team of Miss Nasarawa Beauty Pageant, if you didn’t fulfill your mandate then this pageantry show is fake, full of cheats and deceit just to embezzle public funds, against this backdrop the event should discontinue in order not to embezzle public funds again, this is not what the Nasarawa State people represent we strongly invite the Nasarawa state government and the relevant authorities to take action on this regard.