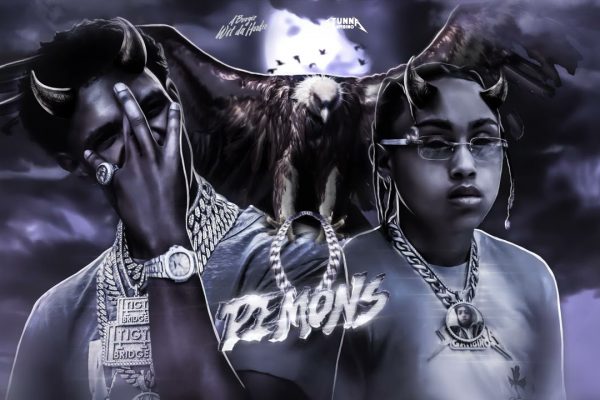 After receiving co-signs from Rihanna, The Kid Laroi, Rowdy Rebel, and more, the timing could not have been better for Stunna.

The Washington Heights native first gained momentum in his area. Now that reach is increasing with each new release.

“I knew I was big (in my area), but I didn’t know that (my music) could get to people as big as Rihanna,” says Stunna.

“I thought my music was just a hood thing, but now I know that it’s getting to be global.”

His latest one with A Boogie is no different. It makes anyone want to sit back and reflect.

The two melodic rappers shine equally on the track as they speak on their rise from their past to the present. While the road wasn’t easy, they continued to fight their “Demons” to remain consistent with their goal.

“I don’t put expectations on myself. I just do me and let my progress speak for myself,” says Stunna.

Stunna credits his hustle and maturity to the OGs who helped raise him. In that regard, they emphasized the importance of humility and hard work.

Being a student of the game is how Stunna Gambino has positioned himself for more success. In addition to his monumental co-signs, he was recently featured on The Kid LAORI’s latest album, F*CK LOVE 3+: OVER YOU. The two collaborated on “Not Sober” with Polo G.

The “Demons” remix comes as he gears up to release his 4th studio album, A Boogie vs. Artist, for A Boogie wit da Hoodie.

With seamless chemistry on the track, future collaborations between the two NYC artists become more likely.