REGINA ASKIA: IF OBI CUBANA COULD RAISE MANY BILLIONAIRES WHY CAN’T GOVERNMENT?? – Jesnaija 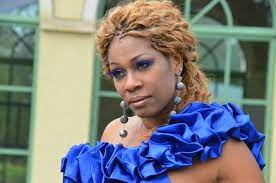 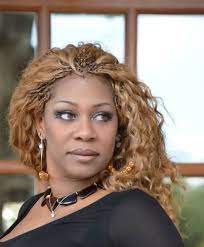 The US-based veteran actress has lent her voice to many other who have spoken about the billionaire business mogul especially as it concerns what some have described as ‘lavish lifestyle’ exhibited by the socialite and his associates during his late mum’s funeral.The family nurse practitioner said: “If ONE young man who started his business selling food, can invest in and raise over 30 young billionaires who showed up and showed out in his support, why can’t a whole government of a whole country do better?”

According to Regina Askia, people have the right to live as they please and should never be adjudged fraudulent until it has been proven by the Economic and Financial Crimes Commission (EFCC) and Federal Bureau of Investigation (FBI).

Speaking further, the former Most Beautiful Girl in Nigeria stated if one man in the person of Obi Cubana could single handedly empower several people thereby making them billionaires, she expects the Nigerian government to take a cue from him and financially empower Nigerians.

Sharing her thoughts on her Facebook page, the mother of two wrote: “Everyone has had something to say on Obi Cubana and the “Burial of the Century”. I have no comments because people have a right to roll, how they choose, BUT, I have one question.

“For now my question remains if Cubana could raise so many billionaires why can’t a government? Let’s adopt that apprenticeship system, provide funds and raise as many financially empowered Nigerians as Cubana has done with his brothers. Thank you.”