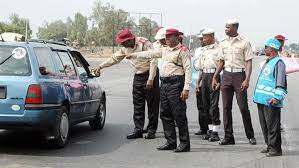 I was travelling from Kogi to Abuja but when I got to Abaji, I was stopped by one FRSC member who accused me of not using my seat belt. I begged him to please let me go that it won’t happen again but he refused.

“He is going to seize my driver’s license and impound the car to their office. It got to a point he entered the passenger seat to direct me to their office and later alighted”

But after much plea, he decided to collect N 20,000 from me and which was the last money on me that would have paid for my fuel and other expenses. I gave him the money reluctantly and drove away.

I was about entering Gwas when a phone rang beside me and I was surprised to see apple iPhone 11, pro max, on my passenger seat. I picked the call only to discover that the FRSC man forgot his phone in my car.

If you were in shoes what will you do?

Be sincere because my head is running riot here both angels and demons are whispering things in my ear at the same time.