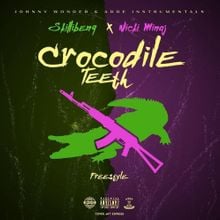 Jamaican reggae and dancehall artist, Skillibeng has dropped the remix of his hit single titled, “Crocodile (Remix)” uniting with American highly-rated female rapper, Nicki Minaj.
Skillibeng has been one of the Jamaican and African top singers in colleague with Popcaan and many other Jamaican superstars. He has dropped many songs which are still on trend this year, But right now he has hit the world with such an amazing studio body of work “Crocodile (Remix)” in which he called the attention of Nicki Minaj to thrill his fans again.