Breaking !!! All Those Calling For Pantami’s Sack Are Pure Criminals – Jesnaija 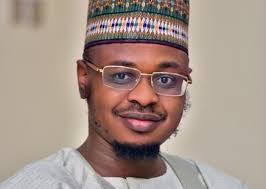 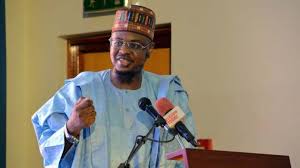 The Muslim Rights Concern, MURIC, has rubbished those calling for the resignation and sack of Isa Pantami, the Minister of Communications and Digital Planning.
MURIC said those calling for Pantami’s sack are kidnappers, Yahoo boys and bandits.

The group stressed that internet fraudsters and kidnappers against National Identity Number, NIN, registration process are sponsoring what it termed “baseless calls” for Pantami’s resignation.

Nigerians have been calling for the minister’s resignation or sack after an audio recording of his past teachings where he supported Al-Qaeda and Taliban resurfaced.

Pantami, however, distanced himself from such extremist groups.

He admitted making such controversial comments but claimed his perception has changed.

However, MURIC, in a statement by its Director, Ishaq Akintola urged Pantami not to resign.

“It is a baseless call, and it should be ignored. After all, the US itself has denied it. Pantami has been enjoying unhindered multiple entries to the US for a very long time.

“Even Facebook, the US-based social media giant had Pantami’s picture on Facebook’s digital board for several hours as a mark of honor and respect during one of his numerous visits to that country.

“The campaign of calumny is being pushed by forces against the Federal Government’s NIN policy, Boko Haram terrorists, bandits, criminals in general and political IDPs, Internally Displaced Politicians.

“It is a well-known fact that NIN is designed to expose the true identity of criminals like Yahoo Yahoo boys, bandits and kidnappers who use the internet and telephone to extort money from foreigners and families of kidnapped victims.”