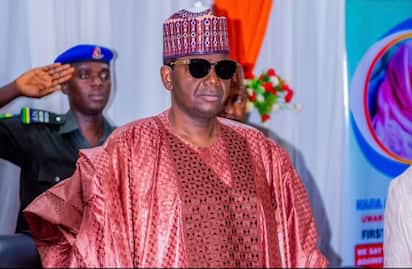 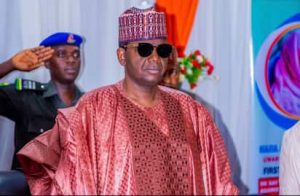 – The criminals also abducted dozens of locals in the villages attacked on Monday evening, May 24

– After the attack, the bandits carted away domestic animals reared by some of the villagers

A report by The Punch indicates that armed bandits have killed 10 people and dozens of locals in five villages in the Bungudu local government area of Zamfara state.

According to the report, the bandits who were on motorcycles invaded Dandamji, Gidan Runji, Doka, Yanmadanga, and Yarkatsina villages on Monday evening, May 24. An indigene of the area, Musa Sani, who was quoted in the report, said the bandits also carted away a large number of domestic animals

He stated that the bandits Armed Bandits Kill 10, Kidnap Dozens in Zamfara State Communities operated for several hours due to absence of security agents. When contacted, the spokesperson for the Zamfara state police command, SP Mohammed Shehu, confirmed the killing of the 10 people, adding that, the same number of bandits were also killed in the encounter.

“The bandits who were armed with sophisticated weapons heavily engaged to a gun duel by the joint police/vigilante operatives, as a result of the encounter, ten bandits were neutralised while others escaped with possible gunshot wounds.

“Normalcy was restored in the area with rigorous confidence-building patrol being intensfied to forestall further attack on the communities.”

Bandits continue to wreak havoc across Nigeria with constant attacks on local communities across the nation. On Monday, May 18, three soldiers lost their lives in an encounter with bandits in Mariga town of Mariga local government area of Niger state. Governor Abubakar Sani Bello, who disclosed this after a state security meeting held at the Government House on Tuesday, May 18 said many people escaped with varying degrees of injuries as a result of the encounter.

In Katsina, bandits abducted a judge at a Sharia court in Bauren Zakat village in Safana local government area of the state. The attackers broke into the court around 3 pm on Tuesday, May 18, and abducted the judge identified as Alhaji Husaini Sama’ila.

Meanwhile, Governor Samuel Ortom of Benue on Monday, May 17 urged residents of the state to defend themselves against armed invaders in their domain. Ortom, who made the remark while reacting to questions from journalists on his arrival to Makurdi from Oyo state where he attended the Peoples Democratic Party Governors’ Forum meeting, said people need to rise up against the unnecessary invasion of their homes.