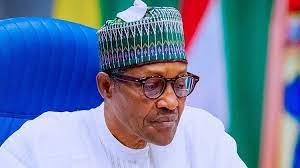 South East Mandate has commenced its advocacy for an Igbo president in Nigeria ahead of the 2023 elections The group is also pushing for President Muhammadu Buhari to not only support their quest but to also choose whoever he wants among Igbo politicians The group is being championed by Senator Julis Ucha, a former PDP chieftain who is now a member of the APC Enugu

– An All Progressives Congress (APC) group, South East Mandate (SEM), has appealed to President Muhammadu Buhari to facilitate the process of nominating a presidential candidate from trusted members of the party from the region ahead of the 2023 general elections.

The group also urged other political parties in Nigeria to cede its presidential ticket to the southeast in the spirit of justice, equity, and good conscience.

Convener of the group, Senator Julius Ucha, who briefed journalists after their recent meeting, identified lack of trust, latent fear, suspicion, and prejudices as some of the factors holding the southeast down in Nigeria’s political equation, saying it was poised to reverse the trend.

He also listed the inability of the region to build a common platform to articulate their common inter4est as another challenge to its political growth.

the southeast was a solid part of Nigeria and should be allowed to producing the president because equality is equity.

On his part, a former House of Representatives aspirant in Kwara state, Alhaji Sheriff Shagaya has canvassed for a power shift to young talented men and women in the 2023 general elections. Shagaya said  in an interview that, electing young people in public office would bring fresh ideas that would improve the socio-economic growth of Nigeria.

Another APC group roots for VP Osinbajo Meanwhile, a group, under the aegis of the Progressive Consolidation Group (PCG) has commenced its advocacy for Vice President Yemi Osibanjo to emerge as the presidential candidate of the APC in the 2023 presidential election.

Members of the PCG on Saturday, August 28 visited Government House, Katsina, to woo Governor Aminu Bello Masari into supporting the emergence of Osibanjo as the APC flag-bearer in 2023. The group’s national coordinator, Ahmed Mohammed, who led the delegation, told Governor Masari that they believe Osinbajo will bring down not only tension but also facilitate unity and stability of the country

Recall that V.P Osinbajo was recently described as an individual who fits the description of an ideal Nigerian president.

This was stated by a poll, publisher, Editors of the media organisation described Osinbajo in glowing terms while noting that he will do well as the country’s number one citizen.