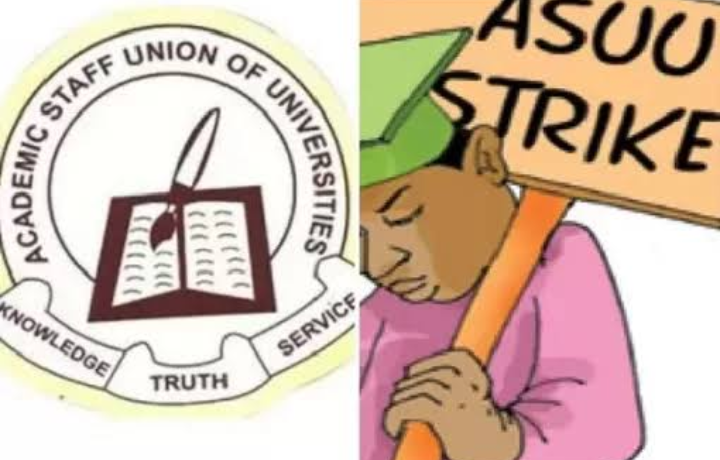 The Academic Staff Union of University (ASUU), has suspended its 8months strike conditionally, a member of the union’s National Executive Committee told Channels TV in early hours of Friday.

The union took this judgement after it’s National Executive Committee (NEC) marathon convocation which started from Thursday night to the early hours of Friday. 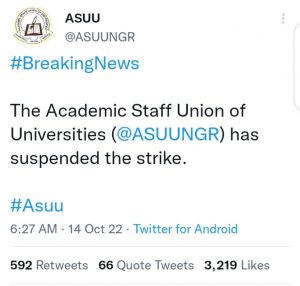 ASUU’s, NEC consist of the chairmen of the State chapters and members of the National Executive.

Members of the Committee, while confirming the suspension to journalists said the committee will determine its next line of action especially on the Court of Appeal ruling last week.

The Court, had ruled that the Union can only appeal the decision of the National Industrial Court ordering it to suspend its strike, if it first call of its strike.

Official document from the Union is yet to be released.

The Court of Appeal had ordered the Union to call off the strike while it continues conversation with the FG.

Following the Court of Appeal’s interfering, the Union’s National Executives agreed to meet to determine the next line of action.

The suspension of the strike is a process of the State Branches to respect the Court ruling and give room for discussions with the FG to continue.

ASUU has been on strike since 14th of February