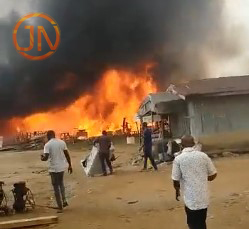 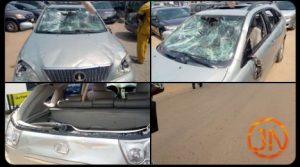 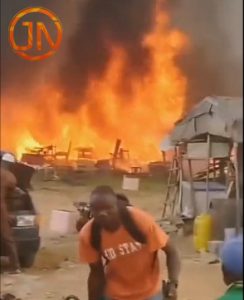 Several people have been confirmed dead and many others injured, due to the attack on Igbo businesses and properties by Hausa Fulani thugs (Okada riders) at the international market. Also confirmed, is the destruction and burning to ashes of goods and property.

According to eyewitnesses, The incidence was stimulated by a reckless Hausa Okada rider trying to overtake a trailer.
He happened to be carrying an Igbo female passenger, whose protest against his reckless driving fell on deaf ears.
As a result, he ran into the trailer and the woman was crushed, dying instantly, while he only sustained injuries.
This provoked the Igbo people in the market, and they burnt the motorcycle out of anger.
The aftermath of this action, is the Hausa thugs burning down the entire market worth billions of naira, in retaliation.

Watch on the Videos Below:

Following recent events in the country, from the brutal murder of Deborah Samuel at Sokoto, to the burning of the primary school at kano, and now the burning of Dei-Dei international Market, the Igbo’s cries forth for the division of the country which they have long been fighting for (BIAFRA) has been sparked up once more.
According to posts on Twitter, the only reason why the Hausa do not support the division of Nigeria is because of their interest in the crude oil from the south.
The Igbos, alongside other tribes in Nigeria, are crying out for BIAFRA which they call their home COUNTRY with NNAMDI KANU, as their leader.
From Somto Okonkwo’s post on Twitter, the Nigerian armed forces did nothing to stop the fight or the fire outburst. Check out the post below!

Once Again, The DSS, Police And Army Did Nothing To Stop The Attack On Igbo Businesses In Dei Dei International Market Abuja Because The Perpetrators Were Hausa-Fulani. The Attack Lasted For Several Hours While a Number Of Igbo Owned Businesses, Properties, Cars Were Destroyed. 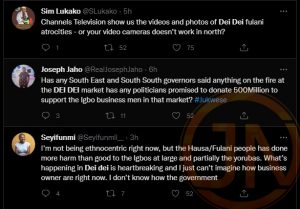 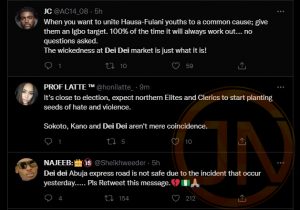 More investigations are being carried out on the issue of the Dei-Dei International Market Fire.
Stay tuned and please endeavor to check back here for more updates.