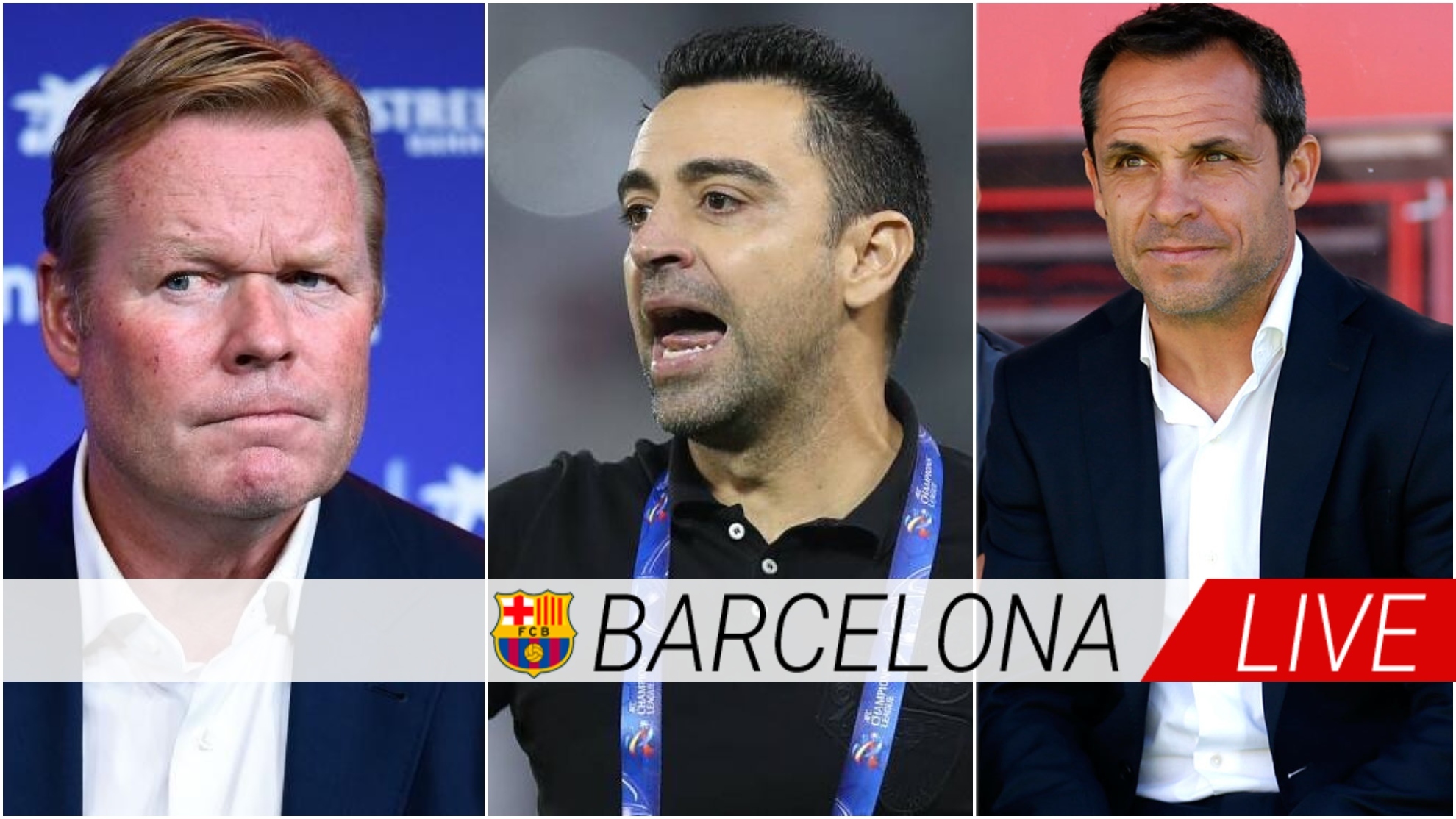 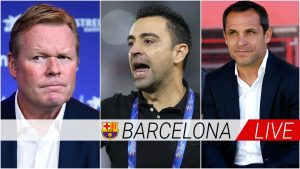 Ronald Koeman was relieved of his duties as Barcelona head coach late on Wednesday night after the club’s 1-0 loss to Rayo Vallecano, which leaves the Blaugrana sitting ninth in the table. In the Champions League, Barcelona are third in their group after losing their opening two matches to Bayern Munich and Benfica. Now, attention turns towards who will replace Koeman at the Camp Nou.

Xavi Hernandez is the leading candidate to take charge at Barcelona, but the Catalan club must first reach an agreement with Al Sadd to take him away from Qatar, with the 41-year-old under contract until June 30, 2023.

Other names that have been linked with taking charge are River Plate boss Marcelo Gallardo and Belgium manager Roberto Martinez, while Sergi Barjuan or Albert Capellas will become head coach on an interim basis until the new coach arrives.

Ronald Koeman never took a liking to Miralem Pjanic, who couldn’t understand why as he was forced to leave the club, joining Besiktas at the end of the summer transfer window. Following the Dutchman’s dismissal, the Bosnian posted an interesting story on Instagram.

“Know when to let that sh*t go,” the quote read, with Pjanic adding the OK hand sign emoji.

16:00 BST: Laporta not happy with some players

According to Sport’s Toni Juanmarti, the meeting between the board of directors and the first-team squad is underway, as they explain the reasons why Koeman was sacked, the situation with Xavi, and also to demand more from the players. Laporta, in particular, is not happy with some of the players’ recent performances.

15:00 BST: Yuste and Alemany in Catalonia

Contrary to reports earlier in the day that Rafa Yuste and Mateu Alemany are already on their way to Qatar to discuss a deal to bring Al Sadd boss Xavi Hernandez to Barcelona, the journalist Adria Albets reports that both are still in Catalonia and are at Barcelona’s training ground. Almost all of the players are there too – they have their first training session under Sergi Barjuan’s orders this afternoon.

“I’m sorry things didn’t work out the way we wanted them to, coach,” wrote Pedri. “I will always be grateful for everything you have done for me: for giving me your confidence from day one and for the opportunity to fulfil my dream at Barcelona. I wish you all the best both personally and professionally.”

During a Q&A on Twitter, Cesc Fabregas was asked his thoughts on whether Barcelona can get back to the top in the short term. “Football changes very quickly. There are many examples, and some very recent ones, of how someone can change a team with the same players in a short time. The chosen coach will be key,” replied Fabregas.

Barcelona have announced that B team coach Sergi Barjuan has taken charge of the first team on an interim basis. There will be a press conference on Friday from 12:00 BST with Barjuan and Barcelona president Joan Laporta.

Koeman is unwilling to give up a single cent of the 12 million euros he is owed after being sacked, says Moises Llorens. Given the way he has been treated in the last year, it’s probably fair enough.

An agreement could be announced soon Barcelona and Xavi, according to Mundo Deportivo’s Edu Polo, but the Catalan club first need to iron out his departure from Al Sadd and also which staff members he will bring to the Camp Nou.

Barcelona really want Xavi to be in charge by the time they face Dynamo Kyiv in Ukraine on November 2 in what is a key game as they look to progress past the Champions League group stage. However, Al Sadd play at home against Al Duhail, their big rivals, on November 3 and then there is an almost two-month long break due to the Arab Cup, so it is thought that he could leave after November 3 but not before.

Alfred Schreuder, who was Ronald Koeman’s assistant, has been at Barcelona’s training ground to collect his things and say goodbye to some of the staff, according to Moises Llorens.

As Sport’s Toni Juanmarti reports, Barcelona president Joan Laporta will hold a meeting with the players at 15:30 BST to state that Xavi will be the new coach.

Xavi lifted his seventh trophy as Al Sadd boss just a few days ago, as his team beat Al Rayyan 5-4 on penalties to win the Emir Cup.

Although Koeman was given his marching orders on Wednesday night, he will today say farewell to the Barcelona players at the club’s training ground.