BBNaija: Tega Tells Queen to Mind Her Business After Talking About Her Closeness With Boma – Jesnaija 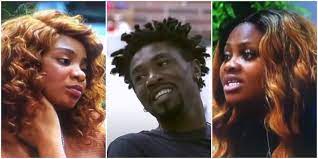 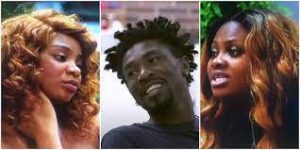 BBNaija Shine Ya Eye star, Queen, recently spoke about Boma to he married co-star, Tega, and showed concern Queen had warned Tega to beware of her closeness with the male housemate considering how he had treated her and Angel Tega however seemed to know what she was doing and tells Queen not to worry about her marriage

BBNaija Shine Ya Eye fans recently had more to talk about after Queen’s conversation with Tega that was about their male co-star, Boma. Sometime during the show, Queen was heard talking to Tega and showing concern about her newfound closeness with Boma.

Queen proceeded to warn Tega to beware while reminding her of how he treated her and Angel. It was also gathered that the housemate reminded her co-star that she was married.

However, Tega seemed to have everything under control going by her response to Queen.

Soon after videos of Tega’s conversation with Queen made the rounds, internet users had different things to say about it. Some people claimed that Queen still had feelings for Boma and wanted to jeopardize his relationship with others. Other fans said that Tega was putting her family at risk with her actions on the show

Read some comments below:

“I wonder how a married woman is behaving like this. Sha the husband supports this lemme face front.”

“I feel queen is still into Boma cos she’s trying to get close to anyone she sees with him.” Yaabaegh_49: “Queen shd mind her business…she’s just jealous she wish she was with boma.”

“Queen is just looking out for her out of genuine concern, tega is just messing herself up by doing things with boma abeg. She won’t win the 90million and might also chop divorce on top except she’s in an open marriage.”

“How did Boma treat them pls? He never asked u out. You liked him and he drew the line to avoid u saying that he led u on and u are bad mouthing him? My gender sef. Just mind ur business tega didn’t say that she is marrying Boma the same way all of u had a fling, Boma can like her also. Just state facts don’t be sentimental and be going around bad mouthing people pls.” Interesting.

Boma was using Angel for his highlight – JMK discloses to Ebuka BBNaija Shine Ya Eye star, JMK, was one of the housemates to get evicted from the show on August 29, 2021, and she recently spoke with the show host, Ebuka, on her time spent in the house.

During the interview, the young lawyer touched on her friendship with Angel and the relationship she had with Boma. According to her, she once heard Boma speaking on what would be his highlight for the week. JMK said once she noticed he got closer to Angel, she had to warn her friend to be careful of him.