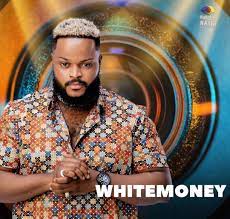 WhiteMoney, in a conversation with Jaypaul, revealed he told Liquorose that she was wrong to have informed other housemates about the gossip without confronting them.

He said: “I asked Liquorose about the argument and after her explanation, I told her she was wrong.“She was in the room when she heard it, why not confront them and clear the issue? I told her she shouldn’t have told other housemates before confronting Angel and Beatrice.”

WhiteMoney added after the conversation with Liquorose, she admitted she was wrong.

Liquorose said she was upset because Angel and Beatrice were talking about her relationship with Emmanuel. She had heard the conversation inside the room.