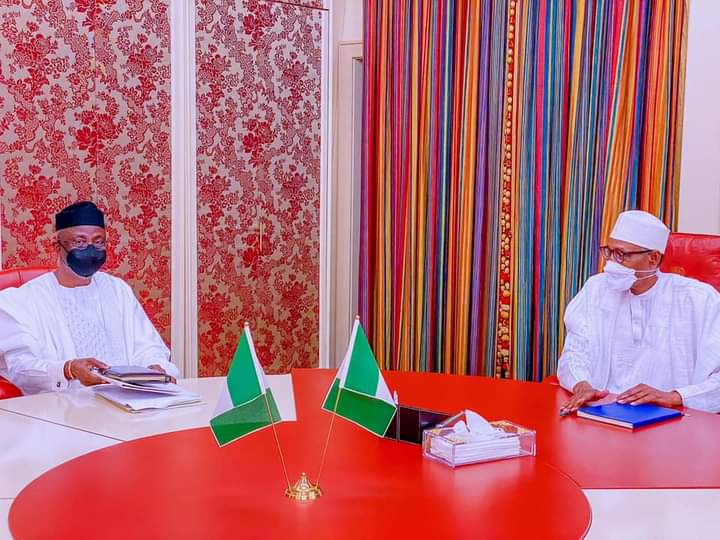 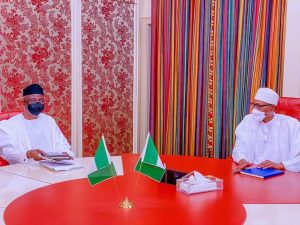 AHEAD of the 2023 Presidential election, the General Overseer of the Citadel Global Community Church, (CGCC), formerly Latter Rain Assembly, Pastor Tunde Bakare has said that he would contest for the 2023 presidential elections if God gave him the go-ahead.

Pastor Bakare, who met behind closed doors with President Muhammadu Buhari yesterday at the Presidential Villa, Abuja, took a swipe at those clamoring for rotational presidency, describing it as political immaturity.

Speaking with State House correspondents after meeting with the president, Pastor Bakare said that the region where the president of the country came from had never been better than other regions. The fiery cleric, who was the running mate to President Buhari in the 2011 presidential election on the platform of Congress for Progressive Change, CPC, also commended the Senate for approving electronic transmission of election results.

Although he refused to disclose the agenda of his meeting with the president, he said, “It’s a private visit to President Muhammadu Buhari, and I’ve dispensed what’s in my heart.”

Asked if he would be contesting for the position of president in the 2023 election, he said: “Every Nigerian, who is of age and who is not disqualified by any means, is free. I am a nation builder, if God wants me to do that, and the people of Nigeria will appreciate that, why not? I’m as free as anybody to do anything with my time. I’ve pastored a church for 33 years, now we raise new leaders. I want to focus on nation-building.

“The Office of the President is only one office, there are so many other things we can do as people to support whoever is there to make sure that we do not go into retrogression, but begin to make steady progress as a people. I’ve already communicated my plans to Mr. President, and it stays between us.”

Also asked about his take on the decision by the Senate that the Independent National Electoral Commission, INEC, should transmit election results through electronic means, he said it would deepen the nation’s democracy.

He said: “Perhaps, that is one of the best things the present National Assembly has done, especially the Senate, because with that, Nigerians can vote, and then results can be transmitted so easily. Not only that, part of the State of the Nation address that I did on October 10, I emphasized how Nigeria youth, especially undergraduates, are disenfranchised in our country.

“22.3 million students are registered, but during the election, campuses are shut, they will not be able to return there to vote and are therefore disenfranchised. If we can not just transmit results but to be able to vote electronically, that will be wonderful. It will deepen and enhance our democracy.

“Not only that, the Diaspora sends above $25 billion to Nigeria. Nigeria in Diaspora should also be able to vote as they do in every other country in the world. The more the merrier. Yes, democracy is a game of numbers, but our people should have the final say.

As an advocate of restructuring, he was asked how he would want Nigeria to be restructured and he said: “I had said it, it’s in the open, the documents are already there, it’s not something I can cover in five minutes. We can do it without shooting any gun. I have made copies of the lecture which I prepared  available to the president.

“We need to move this nation forward. The founding fathers of this nation:Sir Ahmadu Bello, Chief Obafemi Awolowo, Dr. Nnamdi Azikiwe, Prime Minister Tafawa Balewa, alongside their entourage, in Lancaster House and everywhere, agreed on what type of government Nigeria should have. We must not change the goal post amid the game. We are better off together as a nation than going our different ways. But it must be based on equity, justice, fair play, and a rule of law.”