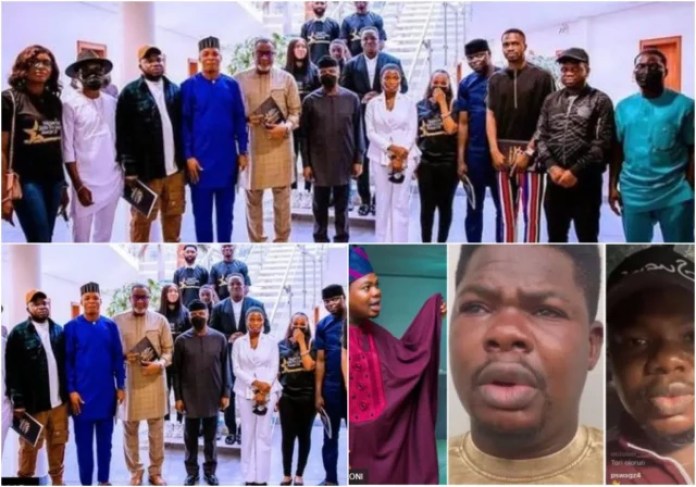 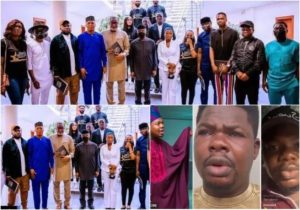 According to the thespian he strongly denied the fact that Nigerian skit makers have an association, and even if they did that he was not aware of such association.

He also advised and urged Nigerians to desist from dragging and calling out the delegates that paid Yemi Osinbanjo a visit, he equally gave reasons why he turned down the invitation to join the visit owing to the fact that he is still very much annoyed with the those in power. 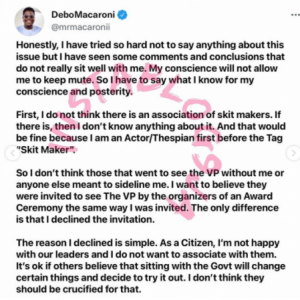 The skit maker elucidated vividly his annoyance and grievances, stating that he is not happy with Nigerian leaders and doesn’t want to associate with them.

Taaooma alongside other comedians were faced with severe backlash from youths who faulted their decision of dining with politicians rather than sticking to the truth portrayed in their comedy skits.

In reaction, Taaooma enumerated the purpose and discussion held at the meeting.