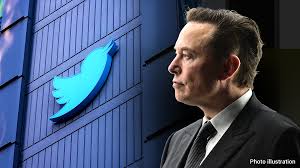 Elon Musk is Ending his $44 billion deal to buy Twitter

In a fresh SEC filing on Friday July 8, Twitter shared a letter it received from Elon Musk’s legal team indicating displeasure with the company’s offered information regarding the level of “spam and fake accounts” on its service.

Musk points to his repeated claims that Twitter is likely misleading investors and users about the number of automated accounts on its platform, which the company has long estimated to be under 5 percent.