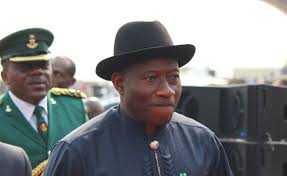 The opposition PDP said it has not received any official confirmation regarding ex-President Jonathan’s defection rumour Kola Ologbondiyan, the PDP spokesman, said the former president has not informed the party of any defection plan Ahead of the 2023 general polls, there have been rumours linking Jonathan to a purported move to the ruling APC

FCT, Abuja – The Peoples Democratic Party (PDP), Nigeria’s lead opposition party, has reacted to the rumour that ex-President Goodluck Ebele Jonathan has defected to the All Progressives Congress (APC).

However, the opposition party said it has not received any official correspondence from for former Nigerian leader regarding the purported defection

The news media cited the PDP’s national publicity secretary, Kola Ologbondiyan, as saying this on Wednesday, September 15. The PDP spokesman said Jonathan has not informed the party of any plan to defect.

Fondly called GEJ, Jonathan served as Nigeria’s president from May 2010 till May 2015 on the platform of the PDP. Ologbondiyan admitted that the defection rumour was in circulation but reiterated that the party has not received any official confirmation.

Don’t join APC – Nwodo tells Jonathan Meanwhile, a former national chairman of the PDP, Dr Okwesilieze Nwodo, has advised not to join the APC. Nwodo claimed that defection will destroy what is left of the former president’s integrity. According to him, the APC destroyed Jonathan in all their actions. He added that he would be extremely disappointed if Jonathan joins the ruling party.

PDP leader visit JONATHAN beg🙏 him not to defect

In a related development, the perceived silence of former President Jonathan over the ordeals of the PDP had become a recipe for worry among party leaders. This was reportedly why a delegation led by the acting national chairman of the opposition party, Yemi Akinwonmi, paid him a visit in Abuja on Tuesday, August 31. Apart from informing Jonathan of the happenings in the party, the delegates, begged him not to abandon the opposition party.