Gunmen shots lecturers and Students in the southwest State – Jesnaija 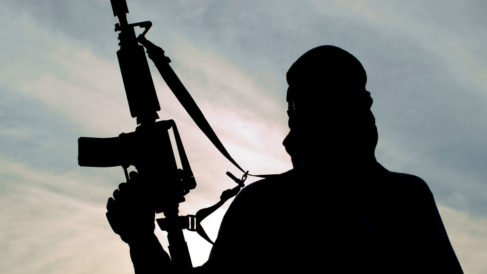 The monarch also appealed to Governor Babajide Sanwo-Olu and the commissioner of police, Hakeem Odumosu, to deploy more security personnel in the community. Presently, there is uneasy in the academic community of Poka, according to the Aladeshoyin of Odo-Noforija, in Epe Division. Oba Babatunde Ogunlaja, the traditional ruler of the community, has expressed sadness over the incidents. He said the peaceful nature of Noforija town had been shattered by the unfortunate killings. Traditional ruler recommends security measures Oba Ogunlaja called on the management of the institution to install Closed Circuit Television (CCTV) cameras within and around the school premises

He asked the Lagos state government to reconstruct the collapsed fence of the institution. Also speaking, the Alara of Ilara Kingdom, Oba Olufolarin Ogunsanwo, condemned the incidents and urged the law enforcement agencies to fish out the perpetrators He also pledged that the traditional institution would ensure that all efforts were taken to fight against such an ugly trends in the community. Crack down in Lagos as police raid training camp, arrest 108 naval impersonators In other news, no fewer than 108 suspects

While parading the suspects at the command headquarters in Ikeja, Odumosu said the commanding officer of the training camp, Sunday Dakare, was also arrested, adding that the suspects were operating under the name of the Nigerian Merchant Navy, also called the Coastal Defence.