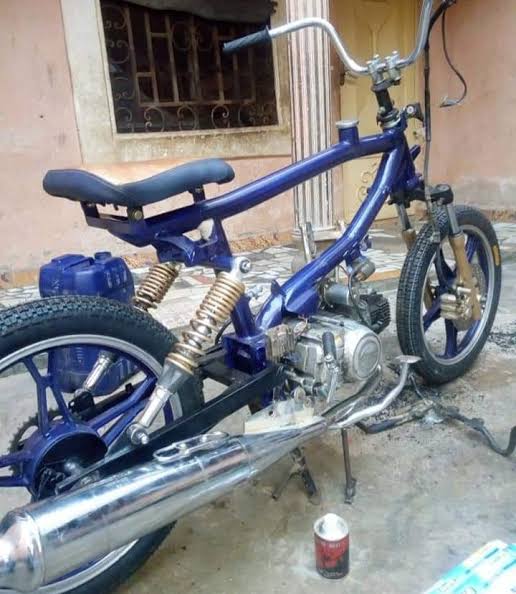 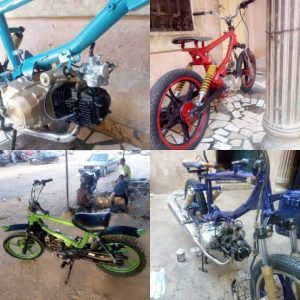 – Engineer Kabir, a Katsina based man, has impressed many Nigerians with his skills in building motorcycles

– Some have called on the government to help the talented man with fine-tuning and mass-producing the motorcycles for commercial sales
A Nigerian simply identified as Engineer Kabir has wowed many with his talent as he builds motorcycles from scratch.

“This can be mass produced by a Nigerian company. If this get to China, they will fabricate it and sell it to us. This is beautiful and excellent.”
Adebiyi Mayowa Angelmayor said:

“Funny enough the Nigeria society of engineers will say this man should not be called engineer because he doesn’t have the paper they went to either polytechnic or university to acquire with no serious skill set.”
Nnamdi God’SonsFinest Okafor said:

“Very impressive, where is the fuel tank? Or doesn’t it use fuel?”
Akinlolu Akinnifesi said:

“Can you imagine! May God bless the work of his hands.”
Shafbeyioku, @shafbeyioku, said on Twitter:

“Really? This is great. The FG should find an automobile manufacturer to do a collabo with this guy without cheating him.”
Black revolutionaries, @OttakuSenshi, said:
“Why do we always have to wait for the government?
“I’m 100% sure there are wealthy, educated, and enlightened personas in Katsina that should see the prospect of their talent.
“What’s stopping them from investing in them? But no, they rather go and invest in companies abroad”
In other news, Jerry Mallo, the 26-year-old Nigerian who built a sports car in 2019, is in the news again as he talked about his passion.

In an interview on YouTube with Tayo Aina, the young man said he is very much passionate about Nigeria.

According to him, building a fast car in Nigeria was quite a challenge as it is not common. Jerry said he had to conduct so much research online.