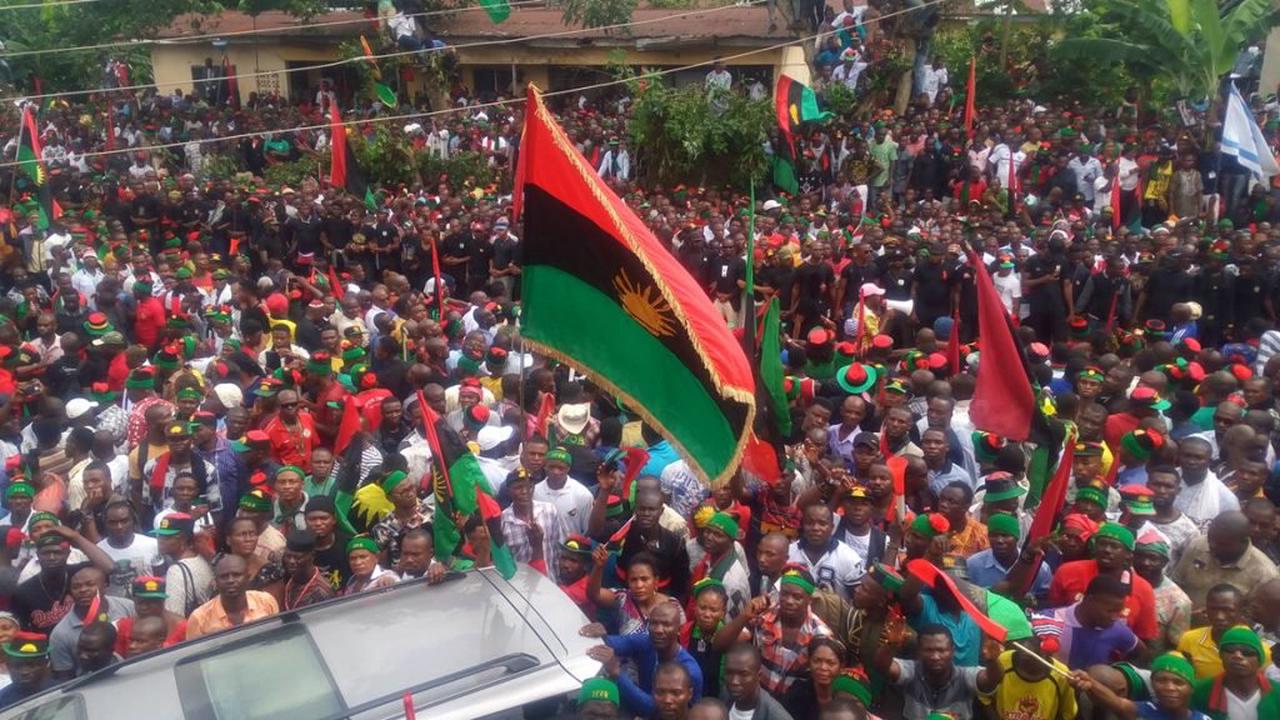 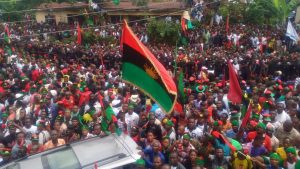 The Indigenous People of Biafra, IPOB, has given the Federal Government a November 4th deadline to unconditionally, release its leader, Mazi Nnamdi Kanu or risk a week-long lockdown in the entire South-East region of the country.

This is even as the separatist group accused the Federal Government of insincerity in the manner it was handling the prosecution of Kanu.

The ultimatum was contained in a statement by IPOB’s Media and Publicity Secretary, Comrade Emma Powerful following the adjournment of Kanu’s trial to November 10.

Kanu was arraigned on Thursday on a seven-count amended charge preferred against him by the Federal Government before Justice Binta Nyako of the Federal High Court, Abuja.

His arraignment paralysed economic activities in major cities of the South-East as people observed the sit-at-home directive of the IPOB.

Meanwhile, Kanu pleaded not guilty to all the amended charge. In his objection, the embattled IPOB leader argued that there was no proof of evidence attached to charge against him and asked the court to discharge and acquit him of all counts in the charge.

The statement reads: “Following the adjournment of our great leader Mazi Nnamdi Kanu’s court case to 10th of November 2021, by the Federal High Court, Abuja, we the Indigenous People of Biafra wish to inform Biafrans, friends of Biafra and lovers of freedom that IPOB will lock down Biafra land from 5th of November to 10th of November except Sunday, November 7th, a day our people worship the Almighty God, if the Nigeria Government fails to release our leader unconditionally before 4th of November 2021.

“Although we quite understand the pains and adverse effects of this option on our people, we are compelled to take it to achieve a better purpose in the collective interest of Biafrans. We have taken time to analyse what transpired on October 21 when our leader was arraigned in court and discovered that the federal government is not sincere and only wants to humiliate him and keep him perpetually in DSS custody to rot there.

“Kanu is in DSS dungeon today because of his passion for Biafra independence,   and we must sacrifice all we can to ensure that he regains his freedom. He has sacrificed so much for us all, so we must be prepared to sacrifice little for him.

“Unless the federal government releases him unconditionally before November 4, we shall sacrifice one week for him as a warning protest to convey to our oppressors that Nnamdi Kanu represents over 70 million Biafrans. He is innocent of all the charges preferred against him. As long as he is in detention our individual businesses do not matter so much because he is suffering for us all and we can’t abandon him”.

“We seriously regret the inconveniences this may cause our people but it’s a necessary sacrifice we need to make until we have our full independence. Nobody resident in Biafra land is expected to flout this directive as doing so amounts to challenging the will of the people on the Biafra project.

The IPOB leader, who was granted bail in April 2017, fled the country after the invasion of his home in Afara-Ukwu, near Umuahia, Abia State, by the military in September.

On June 29, 2021, the Attorney-General of the Federation, Abubakar Malami, announced that Kanu was “intercepted”, rearrested and extradited to Nigeria to continue facing his trial.

Although there has been no official disclosure about where and how Kanu was arrested by the Nigerian authorities, relatives and lawyers of the IPOB leader, have described how he was taken into custody in Kenya under controversial circumstances.