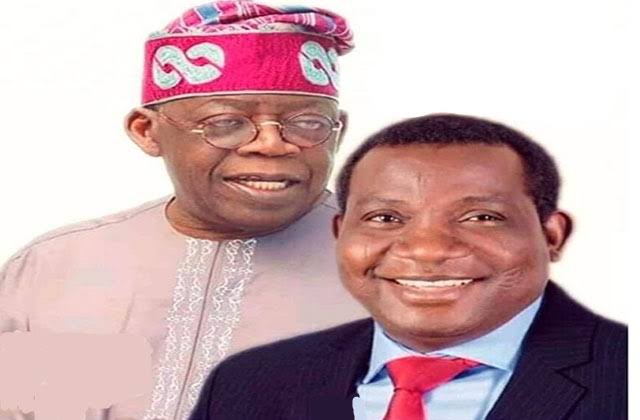 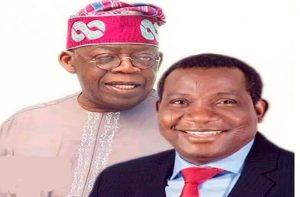 The Coalition of Arewa Forum For
Good Governance (CAFGG) has
stated that a crisis could breakout
across the country,
if any attempt is made by the All
Progressives Congress
(APC) to consider a ‘Muslim-Muslim’
ticket for its flag bearer and running mate.

The group noted ahead of the forthcoming
2023 presidential elections, that the
rumors of a possible
Muslim-Muslim ticket is uncalled
for, as it has stirred up tension
which is totally uncalled for and
should be avoided in the interest
of equity, justice, and fairness.

The CAFGG called on the winner of APC
primaries and flag bearer of the party
Asiwaju Bola Ahmed Tinubu, to pick the
only Northern Christian Governor in the party,
Mr. Simon Bako Lalong to be his running mate.

This was stated in a press statement signed
by the Coordinator of the group,
Malam Garba Yunusa, who was of the
opinion that Governor Simon Lalong will
not just be the perfect missing piece
for the party’s election victory,
but picking him will also strike balance
and douse the already existing tension..

The statement further reads :”Nigerians
are not unaware that Tinubu is a Muslim
from the South-West, thus we feel it
would be rational for a northern Christian,
especially from the North-Central
to be a running mate,
who can also take care of
interest of the minorities.”

“We strongly believe that once
a Christian is picked ,
the warning and threats
issued by the Christian Association of Nigeria (CAN)
would have been taken care of too.”
The group, insisted that a Muslim-Muslim
ticket will apparently divide Nigeria
and cause chaos, especially
If APC eventually
wins the general elections
and noted that, “It is not
about Political Party
now ,but the country as a whole”

“This is part of the reasons why we are
calling on Tinubu to shun those rooting
for a Muslim -Muslim ticket under the
guise of “merit and competence ” and
pick Governor Lalong,who can draw
votes considering his track records of
performance and his position as the
current Chairman of Northern States
Governors Forum with 19
states within his reach.

“We are sure the south will also
be comfortable with him,
considering his
detribalized disposition and how
he has handled the problems
of insecurity in Plateau State as the Governor.”

“The interest of few and selfish politicians
rooting for Muslim-Muslim
ticket should not be allowed to
override the interest of most Nigerians,
who desire a united one nation”.