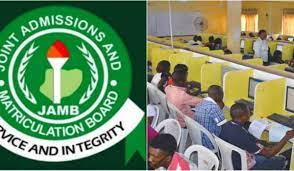 JAMB has announced that there will be no uniform cut-off marks for admission into tertiary institutions in the country The academic body made the announcement in Abuja by its registrar, Prof. Ishaq Oloyede, on Tuesday, August 31 Oloyede who made the disclosure at the 2021 policy meeting revealed that the post UTME fee was fixed at N2,000

Abuja – The Joint Admission and Matriculation Board (JAMB) has adopted minimum cut-off marks sent by tertiary institutions for admission into universities across the country for the 2021/2022 academic session. JAMB made the disclosure in an announcement by its registrar, Prof. Ishaq Oloyede in Abuja on Tuesday, August 31, The Nation reports.

The JAMB registrar according to Vanguard also revealed at the 2021 policy meeting that there will be no uniform cut-off marks for the 2021 academic session.

According to Oloyede, it was agreed at the meeting that the total fee for Post – Unified Tertiary Matriculation Examination should not exceed N2,000.

Oloyede warned the institutions not to go beyond the pegged fee, adding that candidates should not procure administrative charges. P.M News had earlier reported that JAMB fixed Tuesday, August 31, to determine the minimum cut-off mark for admission. According to the report, the meeting chaired by the minister of education, Adamu Adamu, would involve JAMB officials, heads of tertiary institutions, Ministry of Education, and other important stakeholders. Dr. Fabian Benjamin, JAMB head of media, noted that the meeting would kickstart admission processes into tertiary institutions across the country.

500 JAMB prospective candidates get free NIN registration in Lagos Earlier, no fewer than 500 prospective candidates for JAMB in Lagos enjoyed free registration for National Identification Number (NIN). Legit.ng reported that the gesture was made by the DamDap Global Investment Limited in conjunction with the office of the traditional ruler of the Otumara community in the Lagos mainland local government area of the state. Some candidates had encountered difficulty in registering for the NIN which is a mandatory requirement for the examination.