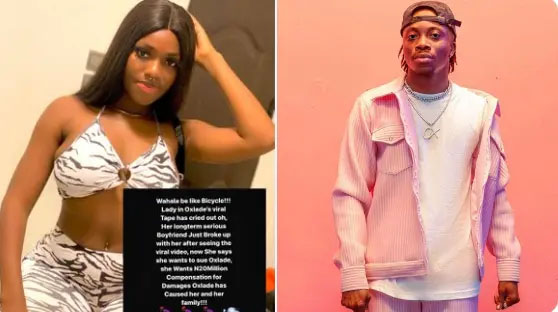 Following the harsh reactions from Fans after his sex tape got leaked on Twitter, the lady in the video has vowed to sue him (Oxlade) for 20 Million. 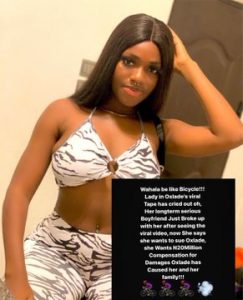 According to her, she has received threats, insults, drags since people realised she was the one in the video. The assaults finally pushed her to open up about her secret relationship with him (Oxlade).

Surprisingly, she and Oxlade have been dating for over a year now, even though she has a boyfriend. To prove to Nigerians that she is telling the truth, she shared screenshots of her chats with Oxlade.

The Girl’s (name withheld) also revealed Oxlade made the video and sent it to his friends without her consent. According to her, Oxlade’s actions didn’t only ruin her reputation, it affected her mental health, her relationship with her family and her boyfriend.

Apparently, her boyfriend was able to recognize her nails and moans from the video and immediately broke up with her via Snapchat.

She is demanding Oxlade’s to pay the sum of #20 million for damages since he refused to contact her or reach out to her since the scandal.

However, popular comedian, Mr Sabinus, has condemned that act.

BEFORE THE TAPE WAS RELEASED 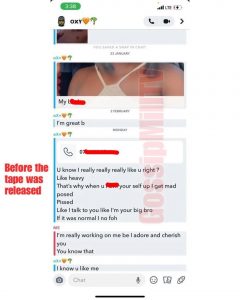 AFTER THE TAPE WAS RELEASED 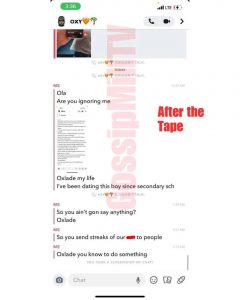 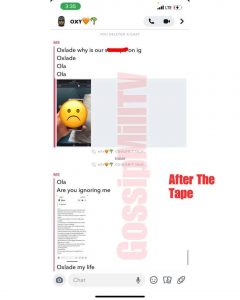 HER  BOYFRIEND BREAKING UP WITH HER 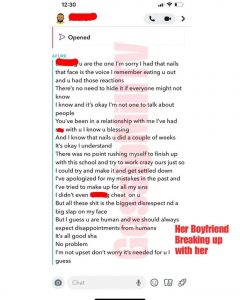