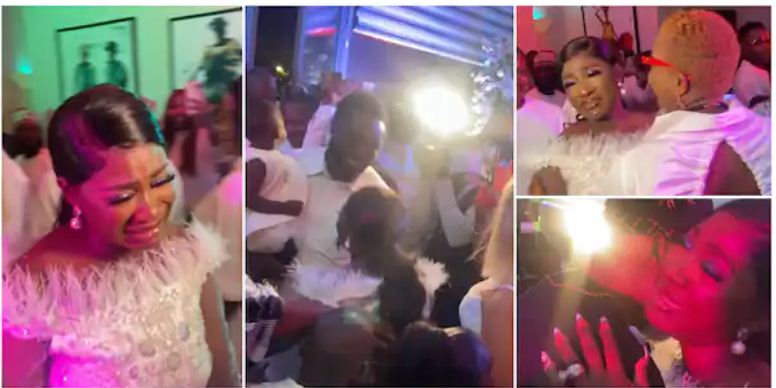 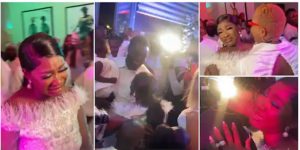 Popular Nollywood actress, Mercy Johnson, clocked a year older on August 28 and her husband, Prince Odianosen Okojie threw her a surprise birthday party In videos making the rounds on social media, the moment the actress burst into tears after walking into her party venue was captured Mercy Johnson was filled with so much gratitude for her husband that she knelt down to thank him in the presence of guests Legit.ng is on a mission to support vulnerable children of Calabar – join the initiative on Patreon, let’s change more lives together! Top Nigerian movie star, Mercy Johnson’s husband, Prince Odianosen Okojie made sure his wife’s 37th birthday was a special occasion by throwing her a surprise party. The veteran actress clocked a new age on August 28 and she took to social media to thank God for life.

However, that was just the tip of the iceberg. Unaware that her husband had a surprise party planned for her, the movie star walked into a venue filled with friends and colleagues before she realized what was going on.

Mercy was filled with so much emotions that she burst into tears and went around hugging those who graced the occasion.

Also present at the event was veteran actor, Richard Mofe-Damijo, who shared the video of the sweet moment on social media.

The moment Mercy showed gratitude to her husband was also captured on the clip. The actress who was still in tears, got on her knees in the presence of guests to appreciate her man.