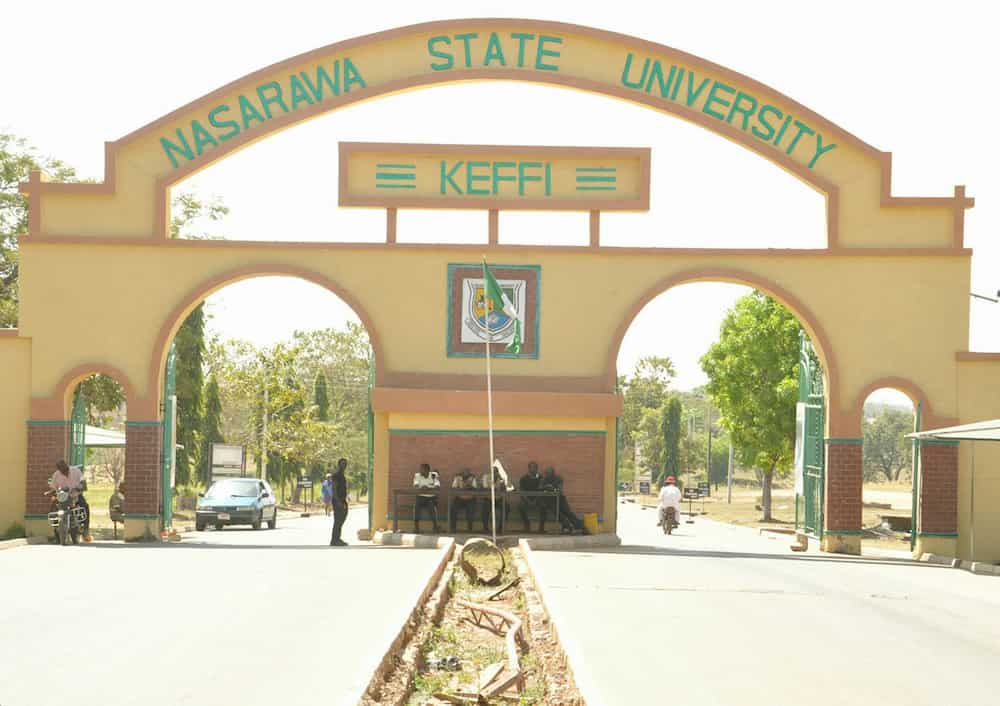 Explaining the cause of the death to pressmen, one Mustapha who is a student of the School said, “Adama Abdulrahman suffered a cat hit in front of the School gate from a speeding Driver while she was trying to cross the road around 7:23am on Wednesday morning being 18th January 2023”.

He explained further, “Adama Abdulrahman was a 200level student of the school at the Department of Mass Communication who was innocently going to write examination before she was knocked down in front of the School gate by a speeding Driver”.

Immediately she was hit, we rushed her to the School’s clinic but dishearteningly, the health officers on duty refused to attend to her on the ground that we could not present police report authenticating that the deceased actually suffered car accident”.

If not because this country is backward and primitive in nature, how do they think we could have gotten such report from Police within such a short period”?

Mustapha on a regrettable note added that, “Adama Abdulrahman eventually gave up the ghost due to the gushing out of blood”.

Another student, Adisa said, “the earlier report circulating the media that Adama Abdulrahman died on a spot when she was hit by a reckless Diver in front of the school gate was a blatter lie”.

“THE TRUTH WAS SHE DIED IN FRONT OF THE SCHOOL CLINIC WHEN THE HEALTH OFFICERS ON DUTY REFUSED TO ATTEND TO HER ON THE SUSPICIOUS REASON THAT THE INJURIES SHE SUFFERED COULD HAVE BEEN AS A RESULT OF EITHER ATTEMPTING TO ROB OR DOMESTIC VIOLENCE”.

To Shagari also a student, he said, “those working at the school clinic especially, their Boss should be sacked immediately for sending this girl to her early grave”.

To Ramat, a student who was at the scene, she said, “Oh Adama, my ever-smiling neighbour, why this horrible death? Oh God! What is the enssence of life when we labour all days and nights and untimely die? Abeg, abeg, the chief medical officer in charge of the school clinic should be sanctioned immediately”.

To Marvelous, also an eyewitness Student, “I feel like not continuing my education, why should fellow human being this wicked in this form? The Diver should be made to face the full wrath of the law while the staff of the clinic on duty should also be sanctioned”.

To Ajafa, the school authority should immediately build bombs in front of the school gate to reduce the speed of all these reckless Drivers, while this particular Driver should be sanctioned along side with the school clinic officers on duty”.

Meanwhile, students who are agitated by the actions of this reckless Driver and staff of the school clinic are currently waiting for NSUK Management to see whether justice would be meant or not.