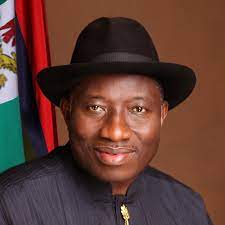 The PDP chieftains on Tuesday, August 31, also appealed to Jonathan not to abandon the party at such a trying time On his part, the former president assured the leadership that he is solidly behind the party and has no intention of abandoning it.

The perceived silence of Goodluck Ebele Jonathan over the ordeals of the Peoples Democratic Party (PDP) has become a recipe for worry among party leaders. This was majorly why a delegation led by the acting national chairman of the PDP, Yemi Akinwonmi, paid him a visit in Abuja on Tuesday, August 31.

Some top bigwigs on the team were Daisi Akintan, former caretaker secretary and a member of the National Executive Committee (NEC) Helen Taiwo.

Apart from informing Jonathan of the happenings in the party, the delegates begged him not to abandon the party.

Some high-ranking members of the ruling party who pleaded anonymity informed  Nasir Dambatta that political kingmakers in APC had reportedly resolved to offer the party’s 2023 presidential ticket to Jonathan. The said that the party’s acting national chairman and governor of Yobe state, Mai Mala Buni, the minister of justice, Abubakar Malami and Jigawa state governor, Badaru Abubakar, were said to be fighting fiercely to grab the slot of presidential running mate.