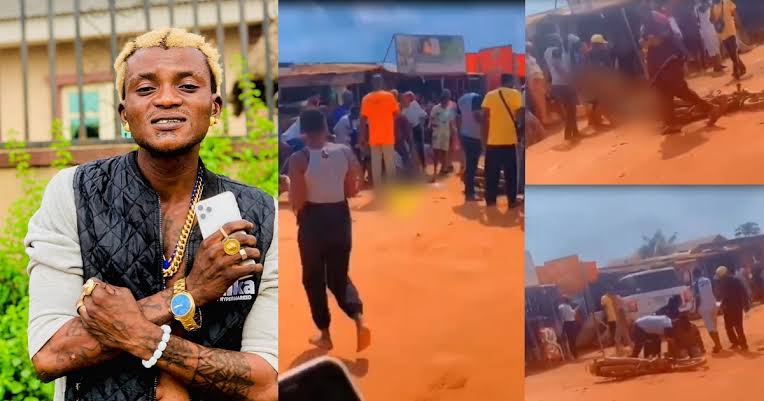 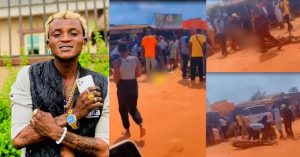 The Ogun State Police Command have confirmed that the driver of
popular singer, Habeeb Okikiola better known as Portable,
has crushed a motorcyclist to death in Ogun State.

The incident occurred barely 24 hours after the controversial singer was
summoned for questioning by the Police for mobilizing his boys to deal
with his former Disc Jockey, DJ Chicken.

It was gathered that Portable sent his driver on an errand with his Range
Rover on Tuesday, June 21, when he hit the motorcyclist at Iyana Ilogbo
along Lagos-Abeokuta expressway.

Sadly, the victim died while he was being rushed to the hospital for quick medical intervention.

The spokesperson of the state police command, Abimbola Oyeyemi,
who confirmed the incident, said it was an accident.

“The accident occurred at Ilogbo area in Ogun state where one of
Portable’s aides hit a motorcyclist and the man did not survive as he died on
his way to the hospital.

“We are not sure if the driver in question was drunk or not.”

Portable was celebrating the naming ceremony of his second son when the tragic accident occurred.

“No be me kill person, but I go bless the family” – Portable speaks on motorcyclist’s death.