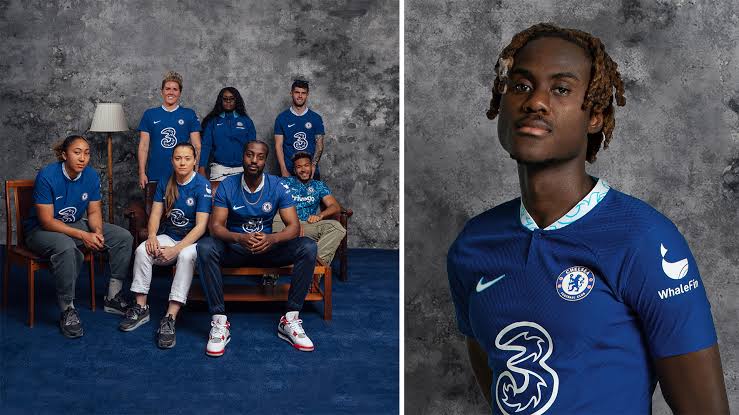 Chelsea have confirmed their new home strip in partnership with Nike and Three for the 2022/23 campaign.

The club announced their new kit on Thursday morning (7 July 2022) as they entered another year with their kit provider Nike, as well as embarking on their third season with main shirt sponsor, Three UK. 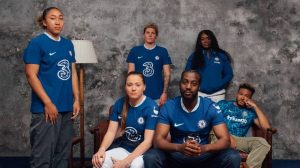 It is usually a May unveiling for the Blues but as a result of club sanctions, it forced Chelsea to delay the confirmation of next season’s strip.

The kit ‘pays homage’ to one of the important figures in the club’s history, Ted Drake, who guided Chelsea to their first top-flight league title triumph in 1955.

As per the official Chelsea website: “That collar also references another change to the club’s identity made by Drake which has stood the test of time – the introduction of the iconic ‘lion rampant regardant’ to the club’s badge – replacing the image of a Chelsea Pensioner as the central theme under the legendary Blues boss.

“The current badge is largely similar to the one which was worn on the team’s shirts for the first time during Drake’s final season at the Bridge in 1960/61, with the ‘lion rampant regardant’ still present and inspiring the Pride of London.

“Symbolic of the club’s determination and fearlessness, the heraldic lion features further on the Henley neckline in a turquoise pattern. A detail that evokes 1950s style with a contemporary twist, it feels as fresh today as Drake’s vision did way back when.”