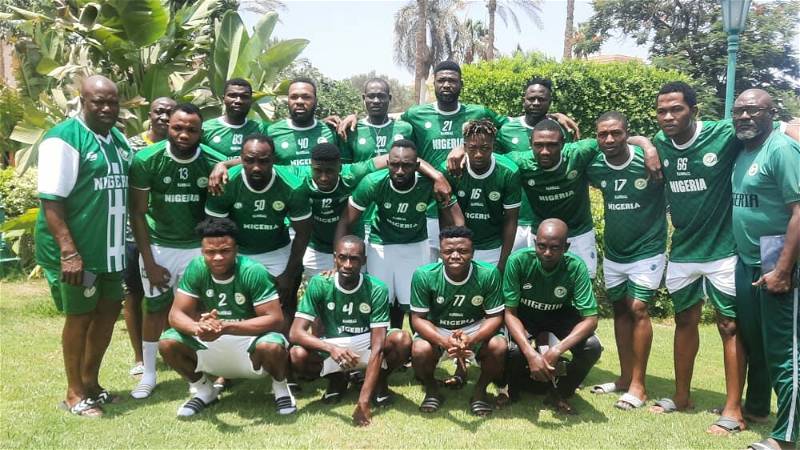 The Nigerian Senior Handball Men’s Team, lost their first match
against Tunisia 18-30, on Monday, in the 2022 Africa Men Handball Senior
Championship in Egypt, which is ongoing.

NAN (News Agency of Nigeria) reports say that the team also known as
”the Golden Arrows”, lost with one point difference 13-14,
even though they fought hard in the first half.

It was reported that Nigeria performed quite well in the first half,
but a loophole was created in their momentary triumph,
as they made several mistakes and turnovers in the second half which presented the
Tunisians an opportunity to deal them a 30-18 victory.

Rafiu Salami, Head Coach of the Golden
Arrows, confessed that the Tunisians were ahead for a large period during the match,
because his team allowed incessant turnovers and did not take their chances.

He stated that they played well in the first half because the team
followed the laid down game plan but lost in the second half because
they were over eager to score, which caused the turnovers that
made the too scared to play, due to the fact that the team were
playing to concede goals rather than winning.

Coach Salami, however, was assured that
the team would do better against Cape Verde as this was the
first top side they would play apart from the clubs based in Abuja.

He went further to say “All hope is not lost as I believe we
will do better against Cape Verde who are a very good side by the way.

” we will come through and do everything possible to win,” he said

NAN reports that a victory might qualify the Golden Arrows for the
quarter-finals when Nigeria plays agaun8 Cape Verde on Tuesday.

Nigeria, Tunisia and Cape Verde are all classified in group C.

The competition is also meant to serve as an African qualifiers tournament
for the 2023 World Men’s Handball Championship in Poland and Sweden.

The continent will be represented by the first five countries in the world cup.

The 25th edition of the African Men’s Handball Championship will
however end in Egypt, on the 19th of July.

THINGS YOU NEED TO KNOW ABOUT GUCCI LORD (Lordg Comedy)

THINGS YOU NEED TO KNOW ABOUT GUCCI LORD (Lordg Comedy)