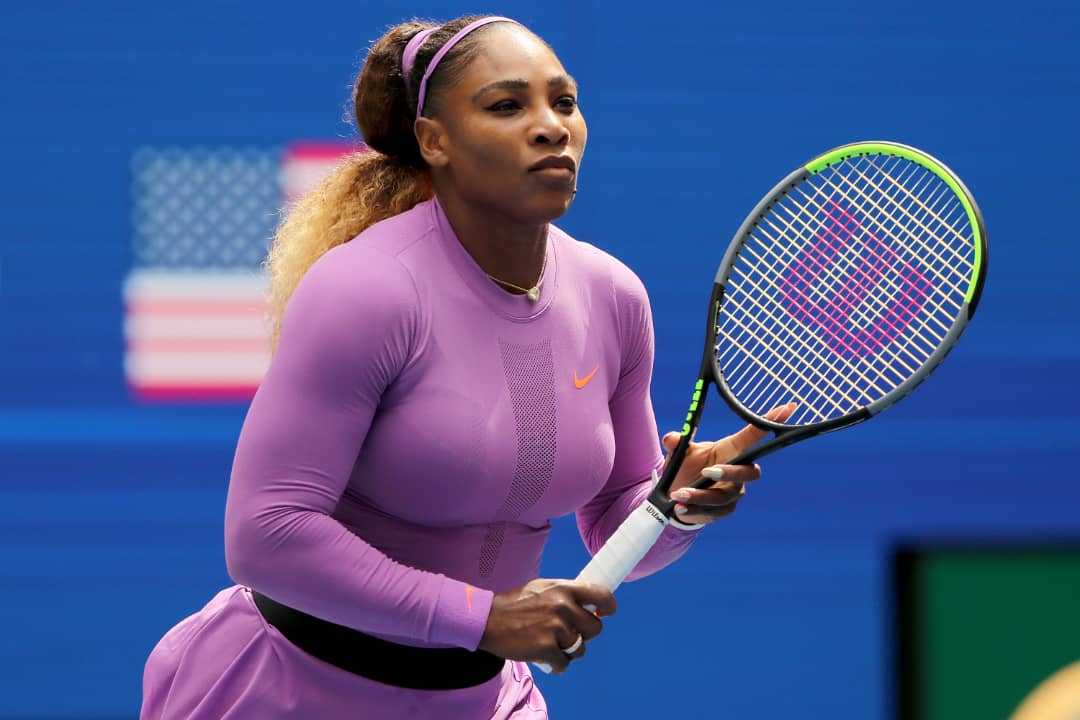 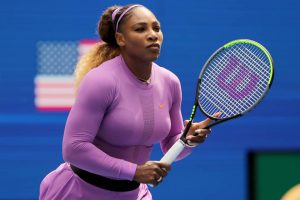 Serena Williams faces certain questions over her future after a painful first-round Wimbledon exit, with her 41st
birthday just a few months away and without a Grand Slam title since 2017.

She was back on Centre Court on Tuesday after a year away from singles tennis but it was a
miserable return to the scene of some of her biggest victories.
Cheers rang from end to end when the 23-time major winner entered the court, she was
supported throughout by a crowd desperate to see her recapture former glories
against unseeded Harmony Tan of France, but Williams looked a pale shadow of her former self,
making 54 unforced errors in a sloppy display that ended with a tame
forehand dumped into the net.

In spite of her lack of form and fitness, Serena, who lost 7-5, 1-6, 7-6 (10/7), appeared to
have the match in her grasp at various points.
She served for victory when 5-4 up in the decider and even in the tiebreak
raced into a 4-0 lead before her game fell apart.

Putting a brave face despite her defeat, the American said it was “definitely better
than last year”, when an ankle injury forced a tearful end in her first-round match against Aliaksandra Sasnovich.

Serena Williams only returned to tennis last week, teaming up with Ons Jabeur in
the doubles at Eastbourne.
When asked if she might have played her final Wimbledon, she said she was uncertain.
“I don’t know,” she said. “Who knows?, Who knows where I’ll pop up?”

Questioned as to if she would be happy if the defeat by 115th-ranked
Tan was her final memory of Wimbledon, she said:
“Obviously not. You know me. Definitely not.
“today I gave all I could, Maybe tomorrow I could have given more.
Maybe a week ago I could have given more. But today was all I could do.”
The former world number one, gave a wildcard to compete at the
All England Club, first won wimbledon way back in 2002.

But despite bitter disappointment, williams sounded encouraged to play on, even though she is nearly twice as old as world number one Iga Swiatek.
“It definitely makes me want to hit the practice courts because, you know, when you’re playing not bad and you’re so close,” she said.
The US Open, which starts in August, is firmly in her sights.
Williams’s win there in 1999 was her first singles Grand Slam triumph, launching her stellar career in the majors – which has depicted periods of near-total ascendancy.

“When you’re at home, the US Open, that being the first place I’ve won a Grand Slam, is something that is always super special,”
Serena, who has won at Flushing Meadows six times, said.

“Your first time is always special. Without a doubt there’s lots of motivation to get better and to play at home”

Williams’s place in the pantheon of all-time greats is already certain but she remains agonizingly one singles title short of Margaret Court’s all-time Grand Slam record of 24.
The American, who has also won multiple major doubles titles with her sister Venus, last won a Grand Slam title at the Australian Open in 2017, giving birth later that year to
her daughter, Olympia.
Since then she has been in four Grand Slam finals, including two at Wimbledon and two at the US Open, but has come up short every time.
Williams, who has won 73 single titles in her career overall, has plummeted to 1,204th in the world after her year out of the game.
It has to look a long way back to the top for a once-dominant player as she thinks about her future in the game.

TAGS:AFTER LOOSING TO TANSERENA WILLIAMS' WIMBLEDON FUTURE UNCERTAIN
Up Next

ASUU STRIKE: “The ministry will not allow itself to be bullied by any Union into forcing any payment platform on the government”- FEDERAL MINISTRY OF LABOR AND EMPLOYMENT