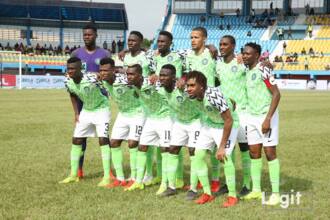 Jesus the Son Of God is a single taken off Chidinma’s New Season extended play. It is an atmosphere of worship as the singers raise their voices and hands in adoration of Jesus.

Chidinma Ekile announced her switch to Gospel music having been signed to EeZee Conceptz label in May, 2021. The announcement and ceremony was accompanied with the release of “Jehovah Overdo.” She released “This Love” in the following month.

The song is a heartfelt ballad about the love of God. “Ko S’Oba Bire” which happened to be her 3rd release is a forerunner for her EP “New Season.”

Recorded Live at Azusa Studios, Video was Directed by Gr33nix.

BBNAIJA SEASON 6: DAY 34-The Munch It take on non-stop fun